Sri Lanka could return to Pakistan 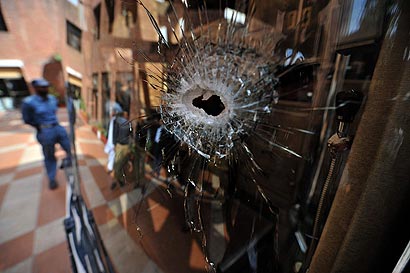 Sri Lanka could become the first team to play international cricket in Pakistan in more than two years as they are considering touring the country later this year.

However, this could change in October-November as the islanders are considering playing three Tests, five ODIs and one Twenty20 International in Pakistan.

Sri Lanka Cricket chairman Somachandra de Silva confirmed on Wednesday that they are in discussions about a possible return to Pakistan.

“We are still discussing the option with the ICC and with all the other board members,” he is quoted as saying by AFP.

“There are still some security concerns in Pakistan but if things improve, and Pakistan is a brotherly nation, we can consider it – all depends on the ICC’s clearance.”

“The comments of de Silva are reassuring and will help a long way in restoring the confidence of international community in playing cricket in Pakistan.

“Sri Lanka is a brotherly nation and they have always stood by our side whenever we have needed them,” enthused Butt.

“What happened was tragic and every cricket-loving Pakistani was feeling sad for the Sri Lankan team in 2009.

“Pakistani fans are missing the big events of cricket at home and they are waiting for the international teams to visit Pakistan. We are in regular touch with International Cricket Council, the task team on Pakistan and the other boards in this regard and are hopeful of international cricket’s return to Pakistan very soon.”

2 Responses to Sri Lanka could return to Pakistan