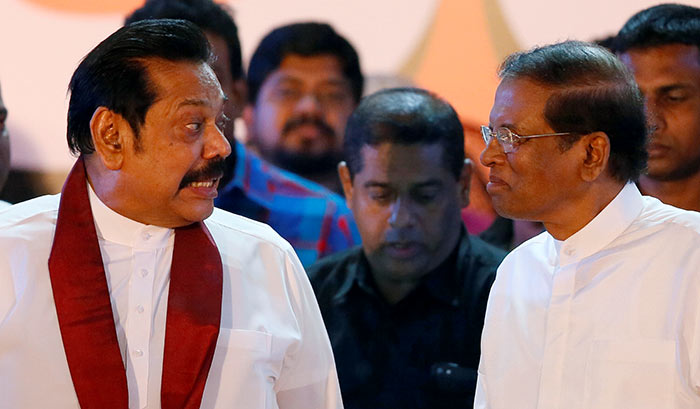 Sri Lankan President Maithripala Sirisena’s decision to dissolve parliament ahead of its term is unconstitutional, the Supreme Court ruled on Thursday, a setback for the embattled leader in his dispute with an ousted prime minister.

The court said Sirisena could not dissolve parliament before it had completed most of its five-year term.

“The president can’t dissolve parliament before four-and-half years,” judge Sisira de Abrew said in summing up the verdict of a seven-judge bench.

The ruling raises the possibility of Wickremesinghe being reinstated as prime minister since his coalition enjoys a majority in parliament.

Sirisena has repeatedly said he will not appoint Wickremesinghe even if he has the backing of all 225 members of parliament.

On Wednesday, parliament passed a vote of confidence in Wickremesinghe.

“We trust that the president will promptly respect the judgment of the courts,” Wickremesinghe tweeted after the ruling.

“The legislature, judiciary, and the executive are equally important pillars of a democracy and the checks and balances that they provide are crucial to ensuring the sovereignty of its citizens,” he said.

His son Namal, a lawmaker, tweeted: “We respect the decision of Supreme Court, despite the fact that we have reservations regarding its interpretation”.