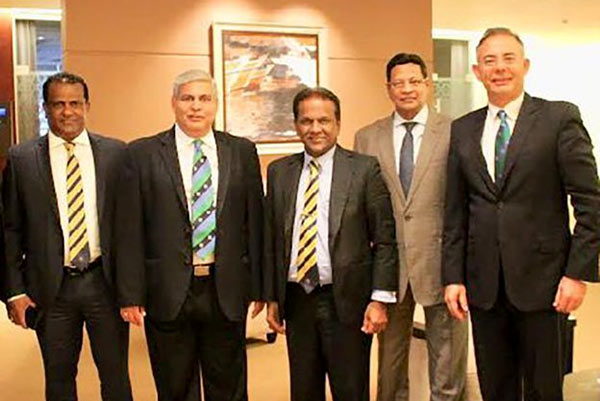 Sri Lanka Cricket wishes to announce that following high level discussions with the ICC, the new Executive Committee of the SLC has successfully secured its due portion of finances from the ICC amounting to US$ 11.5 Million (over Rs: 2 Billion ) which was withheld since July 2018.

The funds were released after SLC President Mr. Shammi Silva, Immediate Past President Hon: Thilanga Sumathipala and the SLC Secretary Mr. Mohan De Silva took part in the ICC Board Meetings and also held high level discussions with the ICC Officials on the matter.

The SLC delegation also contributed a clear voice in the world cricket affairs as a full member state with the freedom of managing its overall affairs & strategies without any political interference.

In a separate meeting with the President of the Asian Cricket Council; SLC delegation has pursued the importance of holding the “Asia Cup 2019” and to cooperate with ACC in all matters.