Sri Lanka goes to the polls as coronavirus risk recedes 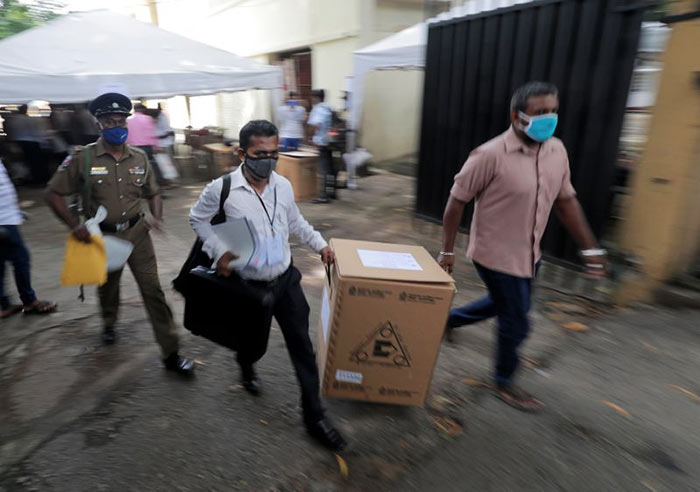 Sri Lankans go to polls on Wednesday to elect a new parliament in an election that the party of President Gotabaya Rajapaksa is widely expected to win.

The election has twice been postponed this year because of the coronavirus, but government and election officials said the country was in a better position now after a series of lockdowns.

The election is important for Rajapaksa who is seeking a two-thirds majority for his party so that he can make constitutional changes and expand the executive powers of the presidency.

“I need the power to implement my economic programme which you voted for,” Rajapaksa, who won the presidency in November, told supporters last week.

He hopes to install his brother and former president Mahinda Rajapaksa as premier, tightening the hold of the family over the island nation of 21 million people.

Polling will take place under strict safety guidelines. Voters have to maintain a one-metre distance between themselves, wear masks and sanitise their hands every time they touch anything.

Masks have to be removed only when the identity of the voter is being verified. Officials are also encouraging voters to bring their own pens.

“There will be no chance for you to get infected by the coronavirus at the polling stations,” election commission chairman Mahinda Deshapriya said.

Sri Lanka has reported 2,828 cases of the coronavirus and 11 deaths as of Tuesday, which is small compared to other South Asian countries.

Votes are to be counted on Thursday when results should be known.