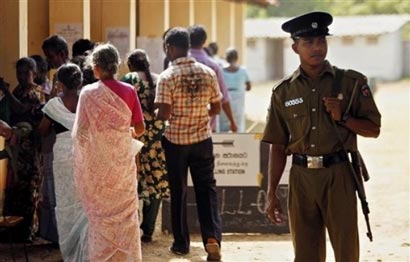 With the end of LG Polls on July 23, 2011the ruling UPFA is in control of 250 Local Government Institutions in the country out of 335 Institutions.

LG Elections in the Northern Province was held for 20 Bodies of which the governmen has secured victory in three bodies only.  They are Kayts PS, Velanai PS and Delft PS.

UNP and JVP have not been able to secure victory in any of LG Bodies.