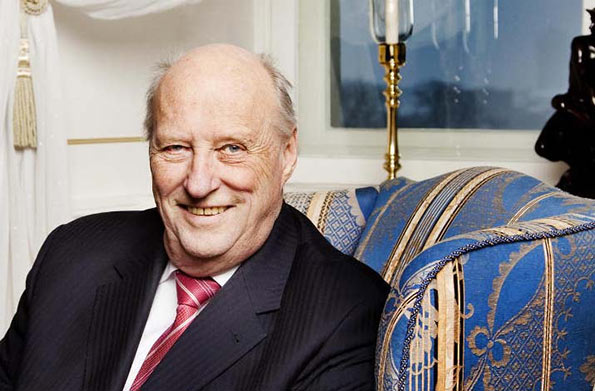 The positive developments in Sri Lanka offers more hope while many regions were facing difficult challenges at present, said the King of Norway Harald V.

During this meeting, the Ambassador briefed His Majeralsty on the new policies and direction being adopted by the government under Maithripala Sirisena, President of Sri Lanka and, in particular, to reinvigorate the relations with countries that Sri Lanka had once difficult relations over a number of issues.

In this respect, Ambassador Jaffeer expressed his happiness over the positive shift taking place in the bilateral relations between Norway and Sri Lanka, since early this year. The Ambassador contended that new developments in the relations, had opened up opportunities to further strengthen cooperation in the economic, trade, tourism and education sectors between the two countries. His Majesty King Harald, responded by stating, that while many regions were facing difficult challenges at present, the positive developments in Sri Lanka offers more hope. The King further opined that both countries should strive to work closely to forge further cooperation for the benefit of their people.

In addition to the King of Norway, Ambassador Jaffeer, also met Thommessen Olemic, the President of the Norwegian Parliament. At this meeting, he handed over a letter from Karu Jayasuriya, Speaker of the Parliament to his counterpart extending an invitation for him to visit Sri Lanka with a Parliamentary delegation. Olmeic, while thanking the Ambassador for the Speaker’s invitation, said that the Parliament’s Foreign Relations Committee would give its consideration to Sri Lanka’s invitation to undertake the visit at a later date.

Ambassador Jaffeer contended that the number of Sri Lankan community members, including diaspora seeking the Embassy’s assistance for consular, investment and tourism purposes has considerably increased over the last few years, a sure sign of trust and confidence placed on the developments taking place in Sri Lanka.