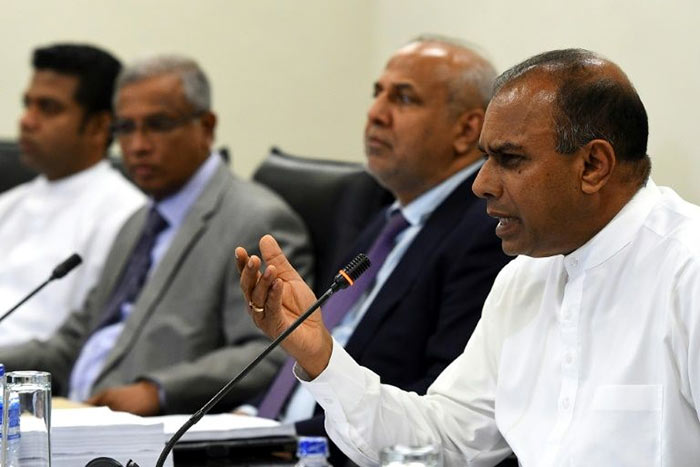 A cross-party committee which probed alleged intelligence lapses related to the suicide bombings said Sirisena had not given proper guidance or support to the country’s security establishment and police.

It also found fault with Prime Minister Ranil Wickremesinghe and deputy defence minister Ruwan Wijewardene, who it said had “failed in their duties”.

Some 269 people were killed on April 21 in a series of suicide attacks on hotels and churches blamed on a local jihadi group.

“The PSC observes that the president failed on numerous occasions to give leadership and also actively undermined government (security and intelligence) systems,” the 1,649-page report said.

The parliamentary select committee has no powers to indict, but its findings can form the basis of criminal prosecutions or civil action against those identified as being responsible for serious lapses.

The inquiry said Sirisena — who is also the minister of defence — had excluded the police chief from crucial national security council meetings.

The report added that the country’s spy agency — the State Intelligence Service (SIS) which falls directly under Sirisena’s remit — had received advance information on the attacks, but failed to act on it.

SIS director Nilantha Jayawardena had been warned on April 4 by a foreign intelligence agency — identified previously by officials as from India — of a possible attack.

“This failure by the SIS has resulted in hundreds of deaths, many more injured and immeasurable devastation to Sri Lanka and Sri Lankans, and that must not be treated lightly,” the report said.

Sirisena has long blamed police chief Pujith Jayasundara and ministry of defence secretary Hemasiri Fernando for lapses, and initiated criminal prosecutions against them.

The inquiry acknowledged they shouldered some of the blame, but added that the “greatest responsibility” lay with the SIS director.

There are two other ongoing investigations into the attacks — an independent panel headed by an Appeal Court judge and a probe set up by the police.

The parliamentary report released Wednesday said there was also no evidence linking the National Thowheeth Jama’ath group, which was blamed for the blast — with the Islamic State group, despite the latter claiming responsibility days later.