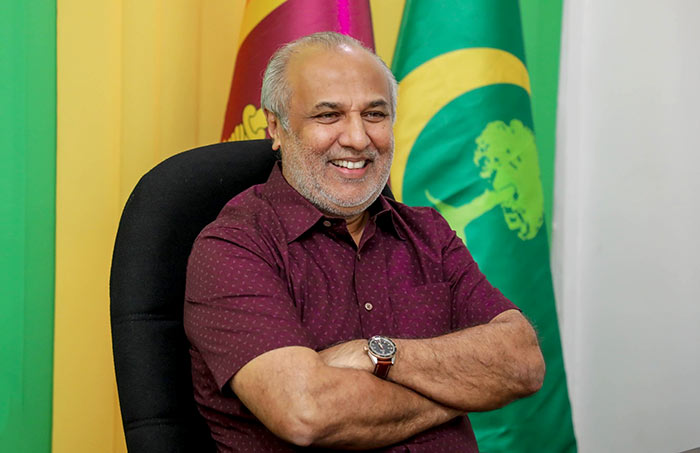 Minister Rauff Hakeem yesterday rejected allegations that he had connections with terrorists involved in the Easter Sunday attack as reported in media.

He said it was a mud-sling campaign launched by political opponents ahead of the presidential election.

“This is a politically motivated conspiracy to tarnish my image and to take political advantage ahead of the presidential election. I have been in Parliament as an MP for 25 years and had represented various committees in Parliament. There has been no allegation against me,” he said.

Mr. Hakeem said he had acted impartially in the activities of the PSC on the Easter Sunday attack and had never influenced any committee member or a witness who testified before the committee.

He said Sri Lanka Podujana Peramuna was behind this mud-slinging campaign and was trying to provoke Buddhist and Islamic people against him to obtain votes.

He said the SLPP Batticaloa District Muslim Division Organiser M.S.M. Ziyad, who was closely associating with the SLPP was behind these false accusations.

Clarifying the photos being shared on media which shows Mr. Hakeem with a terrorist of the Easter Sunday attack in a hospital, he said he only bumped into him when he visited another patient in the hospital. Showing a photo, he said SLPP Batticaloa District Muslim Division Organiser M.S.M. Ziyad was also there with him at the time.

He said it was unfair to level allegations only against him and said the terrorists involved in the April 21 attack had not been identified as terrorists in 2015 and added that it was normal for politicians to meet with different people.