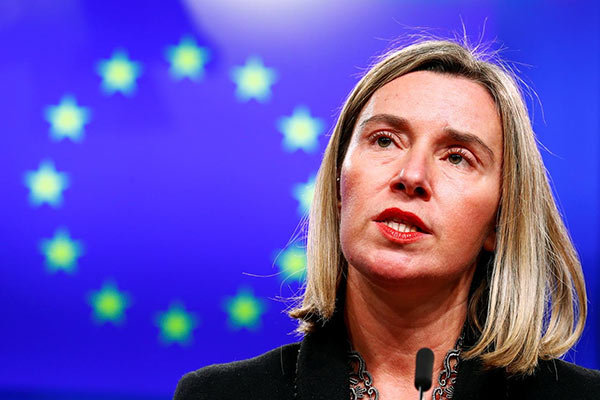 The European Union (EU) has noted that the upcoming Presidential election is important for Sri Lanka to continue making progress on its path of reform and national reconciliation.

In response to an invitation by the Election Commission, the European Union has deployed an EU Election Observation Mission to Sri Lanka to observe the presidential election, scheduled for 16 November 2019.

The EU has a long history of accompanying the electoral process in Sri Lanka and has deployed EOMs on five previous occasions, the last in 2015, which reflects the EU’s long-term commitment and partnership with Sri Lanka, the EU said in a statement.

Mogherini stated that the European Union values its partnership with Sri Lanka and deploying an Election Observation Mission for the election confirms its continuing engagement and commitment in support of democratic processes in the country.

“I am confident that the deployment of an EU EOM under the leadership of Chief Observer Marisa Matias will contribute to an inclusive, credible and transparent election. This election is important for Sri Lanka to continue making progress on its path of reform and national reconciliation.”

The Chief Observer, Marisa Matias, declared that it is a great honour for her to lead the EOM.

“I believe it is important for the EU to continue observing elections in Sri Lanka as a form of support for the Sri Lankan people and their efforts to strengthen democratic institutions. I am hopeful that our observation will provide an important contribution to this election and, through its follow-up, to efforts to further strengthen the electoral processes and institutions.”

The Election Observation Mission core team of nine EU election analysts arrived in Colombo on 5 October and will stay in the country until the completion of the electoral process. The core team was joined by 30 long-term observers who were deployed across the country, and will for the election week be joined by additional 30 short-term observers.

Shortly after Election Day, the mission will issue a preliminary statement and hold a press conference in Colombo. A final report, including recommendations for future electoral processes, will be presented at a later stage, after the finalisation of the electoral process.