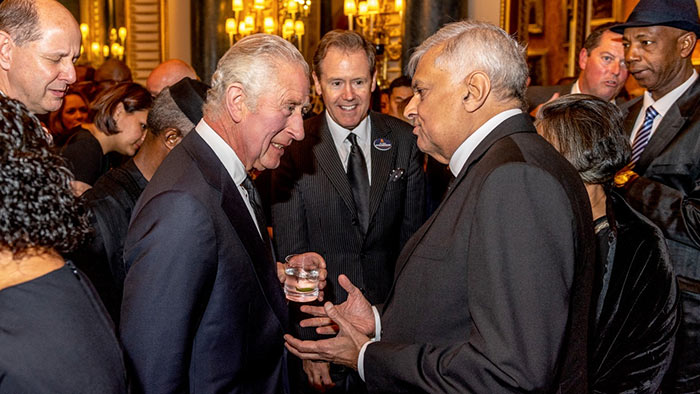 Sri Lankan President Ranil Wickremesinghe, who was in London to attend the funeral of the late Queen Elizabeth II, had a friendly conversation with King Charles III.