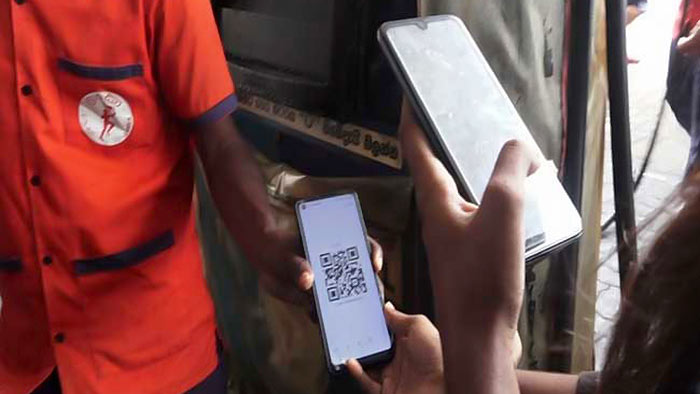 The National Fuel Pass with QR code has been officially fully rolled out across Sri Lanka from today (August 1).

The Ministry of Energy says that fuel will be issued only under the QR Code system from today (August 1).

Accordingly, the last digit of the number plate system, the token system, and other means implemented so far to obtain fuel will be cancelled.

Under the QR Code system individuals can obtain the entire fuel quote available for the week or get the quota in stages during the week.

Meanwhile, the Ministry of Energy announced that when distributing fuel, priority will be given to filling stations that have implemented National Fuel Pass with QR code.

Minister of Energy Kanchana Wijesekera requested all filling stations owners and managements to dispense fuel only according to the QR system and check the QR code vehicle number on the device with the number plate of the vehicle to verify details.

The Minister said that almost five million vehicles have been registered for the National Fuel Pass and 95% of the fuel stations have adopted the QR system.

Meanwhile, the Petroleum Dealers’ Association has informed that fuel will not be issued to customers who visit filling stations without wearing a face mask, from today (August 1).

Co-secretary of the Association Kapila Naotunna said all filling stations have been notified of this requirement.

He requested all individuals at fuel queues to observe hygiene practices, as the coronavirus is spreading within Sri Lanka once again.

Meanwhile, the biweekly fuel price revision is due to take place tonight (August 1).

The fuel price revision is due to take effect on the 1st and 15th every month.

The decision is expected to be reached based on the drop in fuel prices in the world market.