Sri Lanka to build £11 billion metropolis to double size of its capital, Colombo 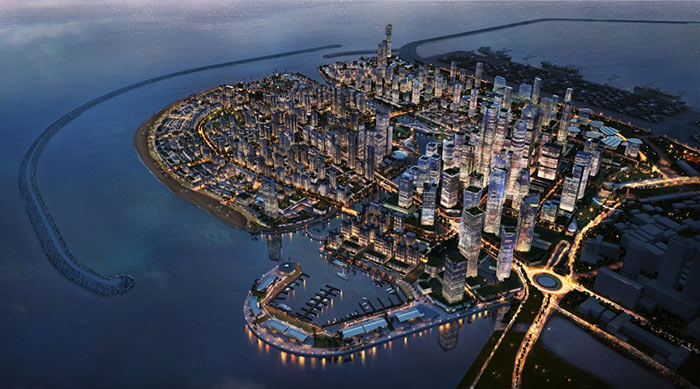 Sri Lanka’s $1.4 billion (£1.07 billion) Port City development has elicited parallels to numerous major urban centres. At 665 acres, the project is about the same size as central London, but its design resembles that of cities like Hong Kong, Singapore, and Dubai.

A decade ago, the idea of a Sri Lankan city that rivalled the world’s leading financial hubs seemed implausible. From 1983 to 2009, the nation was ravaged by a brutal civil war between its military and an insurgent group called the Tamil Tigers.

By the end of the conflict, hundreds of thousands of civilians had been killed and the city had spent more than $200bn (£153bn) on war costs.

Less than 10 years later, the nation has devised a plan for bringing jobs and economic opportunity to its capital city, Colombo. The most populous city in Sri Lanka, Colombo has about 750,000 residents in its urban core.

Through the development of a new metropolis inside the capital, officials estimate that Colombo could eventually double in size.

Though the concept of Port City originated in 2004, its plans were delayed by the war. Sri Lanka went on to see an influx of Chinese investment, which the country put towards major infrastructure improvements.

The partnership ran into trouble when Sri Lanka had difficulty repaying its debt, however, while China was accused of using its investments to wield political influence.

In 2014, Prime Minister Ranil Wickramasinghe suspended the Port City project, citing concerns about damage to the coastline. This angered the project’s investor, China Communications Construction Company, which claimed to be losing $380,000 (£290,000) a day while the development was in limbo.

By 2016, the plan was back in motion with a new set of environmental protections.

According to the site’s developer, China Harbour Engineering Company, the project is still on track to complete its reclamation efforts and the first phase of infrastructure by 2020. Port City is set to be finished in 2041, at which point its costs could reach $15bn (£11.5bn).

To build the city, developers are using dredgers to gather up sand from the bottom of the ocean. 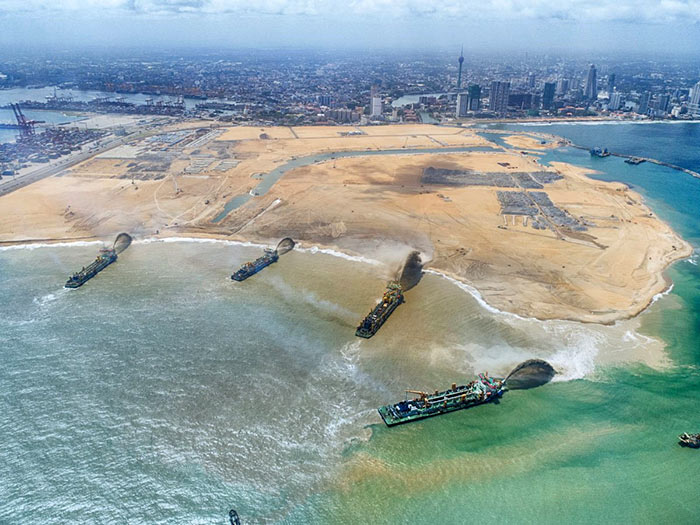 Environmental groups have raised concerns about the destruction of aquatic life, which could damage the livelihood of local fishermen. But developers contend that dredging won’t pose a threat. 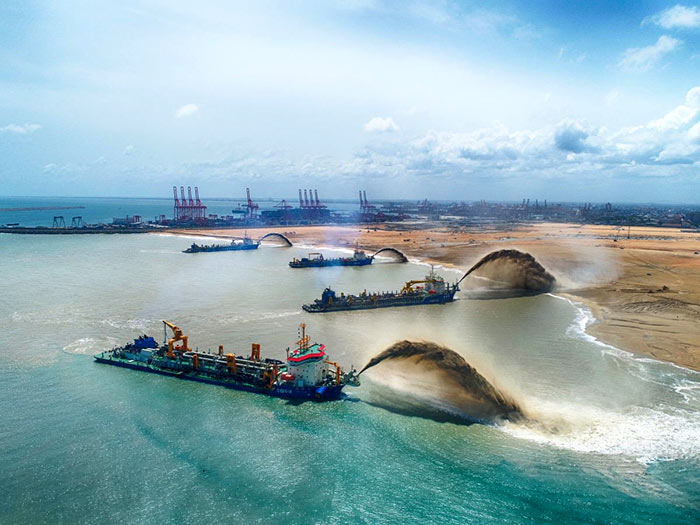 China Harbour Engineering Company recently obtained a permit allowing it to dredge 5 kilometres from the coastline and only at depths at or below 15 meters. The organisation is also prohibited from dredging in areas near reef habitats or fishing grounds.

To account for the economic cost to local fishermen, the company has set aside nearly $7m (£5.3m) to be distributed among fishing associations over three years.

Developers have completed more than 90 per cent of their reclamation efforts, putting them on track to finish by June 2019. 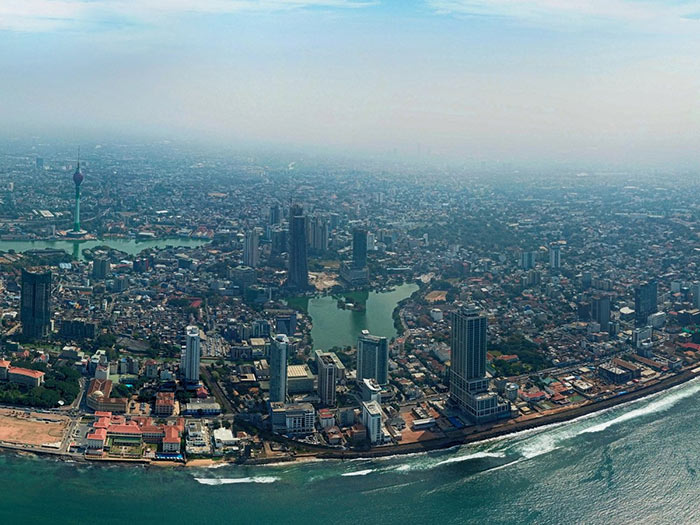 The project has received a $1.4bn (£1.1bn) investment, but the sand alone could cost more than double that amount. 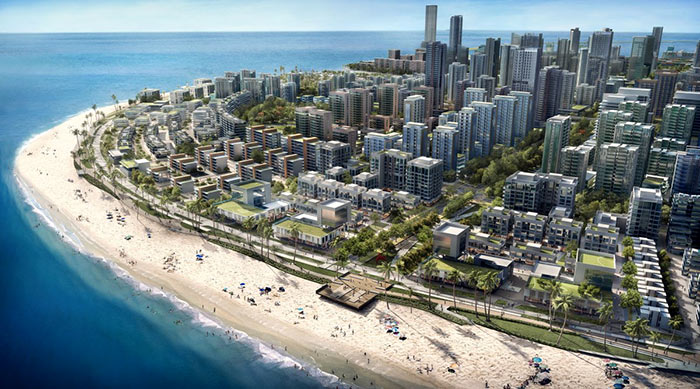 Colombo’s Centre for Environmental Justice estimates that the development will require about 100 million cubic meters of sand, worth about $3.2bn. 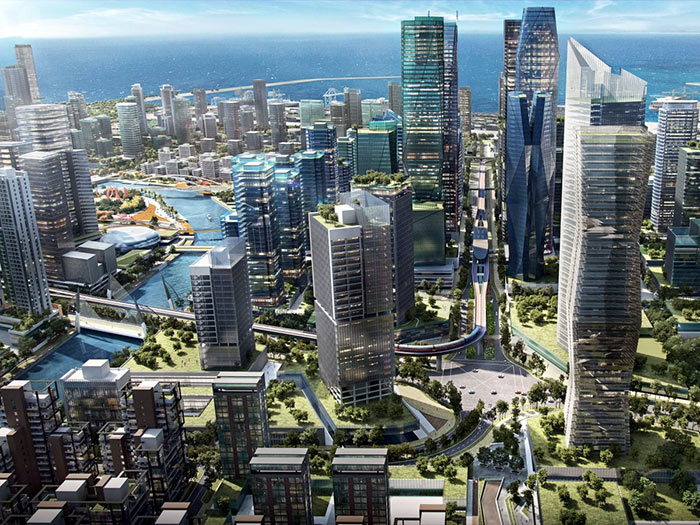 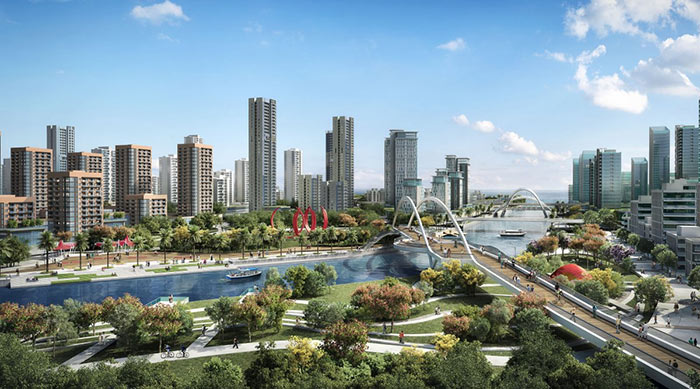 The development calls for 110 acres of public parks and 300 acres for recreation and water sports.

Building heights decrease in the direction of prevailing winds and waterfronts, allowing for increased air circulation within the city. 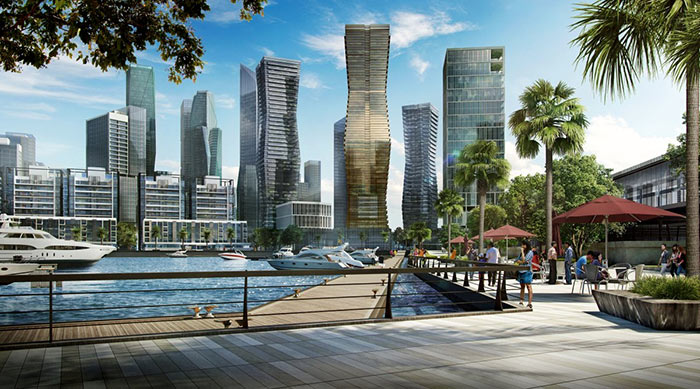 The city is designed specifically for residential and commercial use — no industrial activities are allowed. 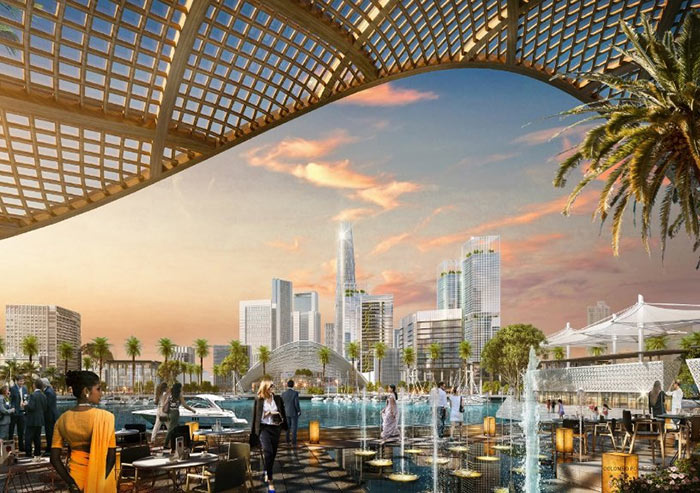 Development officials say other planned projects in Sri Lanka will satisfy the need for industrial space. 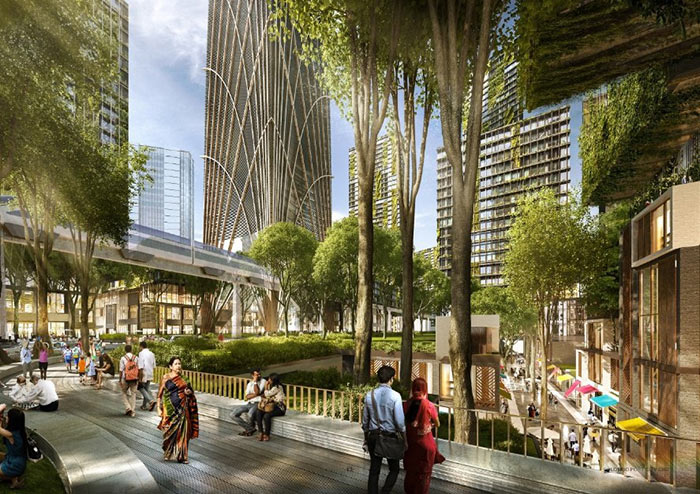 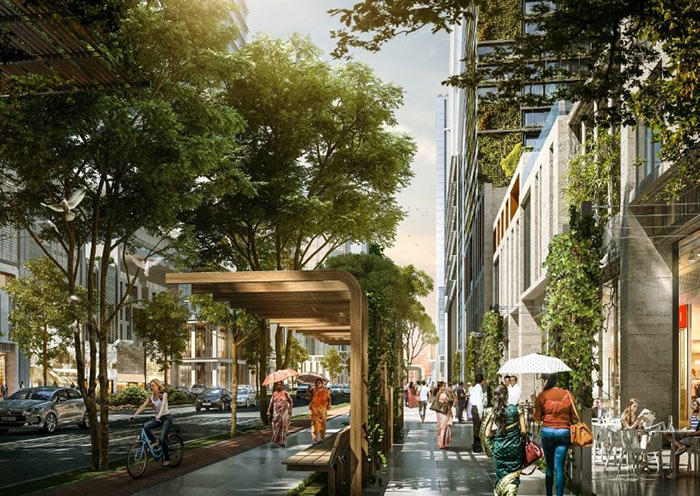 It could be also be governed by its own legal system.

The system is still being discussed and will require approval from Sri Lanka’s parliament and council of ministers.

2 Responses to Sri Lanka to build £11 billion metropolis to double size of its capital, Colombo