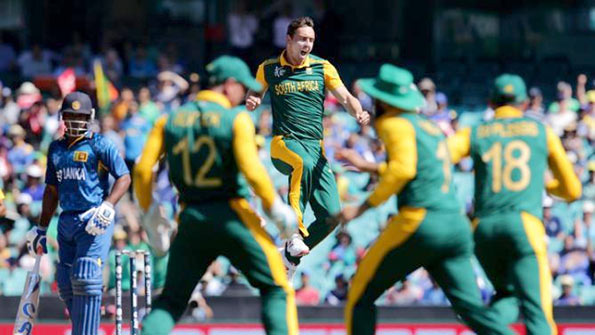 Sri Lanka captain Angelo Mathews won the toss and elected to bat first in the World Cup quarterfinal against South Africa on Wednesday at the Sydney Cricket Ground.

Veteran left-arm spinner Rangana Herath was ruled out of Sri Lanka’s squad hours before the match, and 22-year-old Tharindu Kaushal was rushed straight into the starting lineup.

South Africa chose Kyle Abbott, who has taken eight wickets in three matches during the tournament, at the expense of Vernon Philander.