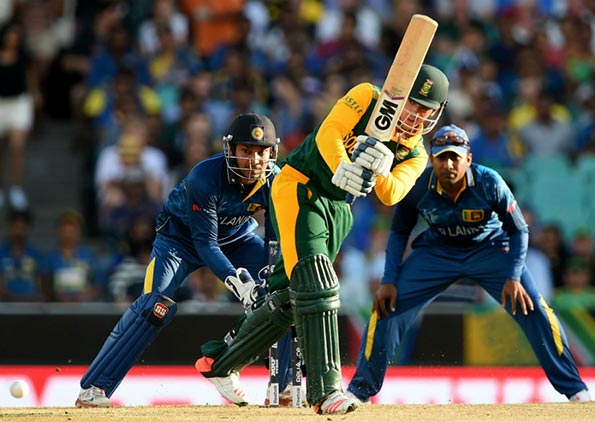 Rampant South Africa were on the verge of the World Cup semi-finals on Wednesday after Sri Lanka collapsed to just 133 all out at the Sydney Cricket Ground.

Off-spinner JP Duminy (3-29) took a hat-trick and leg-spinner Imran Tahir (4-26) claimed four wickets as South Africa, who have never won a World Cup knockout match, edged closer to a clash against either New Zealand or West Indies for a place in the March 29 final.

When the dinner break arrived in the quarter-final, South Africa were well-placed on 40-1 despite losing Hashim Amla to a fine running catch at third man by Nuwan Kulasekara off Lasith Malinga.

Sri Lanka great Kumar Sangakkara, in what could be his last one-day international appearance before retirement, top-scored with 45 as his record-breaking run of four successive ODI hundreds came to an end.

Together with Lahiru Thirimanne (41) he put on 65 for the third wicket.

But otherwise there was little batting resistance on a good SCG pitch, with Sri Lanka — the 1996 champions and beaten finalists at the last two World Cups — losing their last six wickets for just 19 runs.

“I’ve never got close to a hat-trick so I’m pretty pleased with that performance. There wasn’t really a lot of purchase out there so it was mainly about keeping the runs down,” said Duminy who dismissed Sri Lanka captain Angelo Mathews and then, at the start of his next over, had Kulasekara caught behind for one and Tharindu Kaushal lbw for a golden duck on his one-day debut.

After Kyle Abbott and Dale Steyn got rid of openers Kusal Perera and Tillakaratne Dilshan, it was the turn of Pakistan-born spinner Tahir to strike, dismissing Thirimanne and Mahela Jayawardene for just four in what looks certain to be the veteran’s final match.

Tahir also got rid of Thisara Perera (0) before wrapping up proceedings with the wicket of Malinga.

Sangakkara, ninth man out, was caught by David Miller at deep third man off fast bowler Morne Morkel for 45 off 96 balls including just three fours.

Sri Lanka had already suffered a pre-match blow when key spinner Rangana Herath was ruled out of the rest of the tournament after failing to recover from a finger injury.
He was replaced by 22-year-old off-spinner Kaushal whose international career had seen just a single Test appearance before Wednesday.

Meanwhile, the build-up continues to the other quarter-finals.

Bangladesh insist they will have nothing to fear from defending champions India when they face off in front of around 90,000 fans at the iconic MCG on Thursday.

The Tigers star all-rounder Shakib Al Hasan, who made 53 when the Bangladeshis ran down India’s 191 to win by five wickets in Trinidad at the 2007 World Cup, says they are confident of shocking the champions.

The odds are stacked against them, however, as Bangladesh have beaten their illustrious neighbours just three times in 28 meetings.

“I think we played fearless cricket (when Bangladesh beat India eight years ago) and we all want to play that brand of cricket again,” said Shakib whose team have already knocked out England.

Friday sees four-time champions Australia face 1992 winners Pakistan who suffered a major setback Tuesday when giant fast bowler Mohammad Irfan was ruled out of the rest of the World Cup with a stress fracture of the pelvis.

The winner of that Adelaide match will face either India or Bangladesh for a place in the final.

The West Indies are sweating on the fitness of star opener Chris Gayle who has been laid low by a back injury for their quarter-final against New Zealand in Wellington on Saturday. 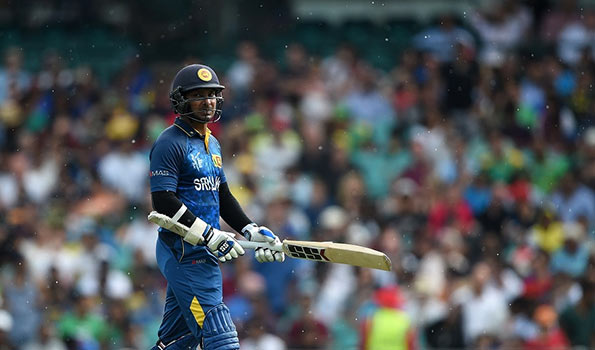