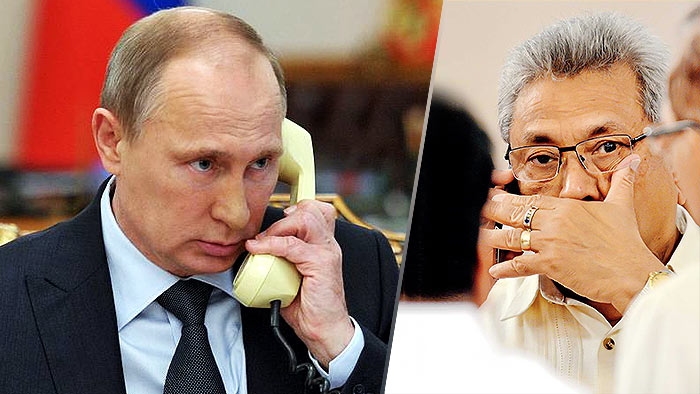 Sri Lanka’s President Gotabaya Rajapaksa said Wednesday that he had a telephone call with Russian leader Vladimir Putin to request credit support to import fuel for the island nation that is facing its worst economic crisis in memory.

“Had a very productive telecon with the Russia President Vladimir Putin. While thanking him for all the support extended by his govt to overcome the challenges of the past, I requested an offer of credit support to import fuel to #lka in defeating the current econ challenges,” Rajapaksa said in a tweet.

1/2
Had a very productive telecon with the #Russia President, Vladimir Putin. While thanking him for all the support extended by his gvt to overcome the challenges of the past, I requested an offer of credit support to import fuel to #lka in defeating the current econ challenges.

Western nations largely have cut off energy imports from Russia in line with sanctions over its war on Ukraine. Sri Lanka’s Prime Minister Ranil Wickremesinghe said earlier that the government would look for other sources first but it has not been successful.

Since Russia’s invasion of Ukraine in late February, global oil prices have skyrocketed, prompting a number of countries to seek out Russian crude, which is being offered at steep discounts.

Sri Lanka’s economic crisis has led to a dire fuel shortage forcing the government to shut schools and ask employees other than those in essential services to work from home to cut down on consuming the limited stocks. The government said earlier that no entity is willing to supply oil to Sri Lanka even for cash because its petroleum corporation owes a heavy debt.

Sri Lanka’s foreign currency crunch led to its suspending repayment of foreign debt in April pending outcome of negotiations with the International Monetary Fund for a bailout package. However, Wickremesinghe told Parliament on Tuesday that discussions with the IMF have been complex and difficult because Sri Lanka is now a bankrupt nation.

Unlike in the past, when Sri Lanka entered negotiations as a developing country, this time it has to produce a debt sustainability report to the IMF for approval before any agreement could be reached.

Sri Lanka’s foreign debt stands at $ 51 billion, of which it must repay $28 billion by the end of 2027. It means a payment of an average of $5 billion for the next five years.

Sri Lankans for the past months have been forced to stand in long lines to buy the limited stocks of fuel, cooking gas and foods. The crisi has led to monthslong street protests and scuffles with police at gas stations.