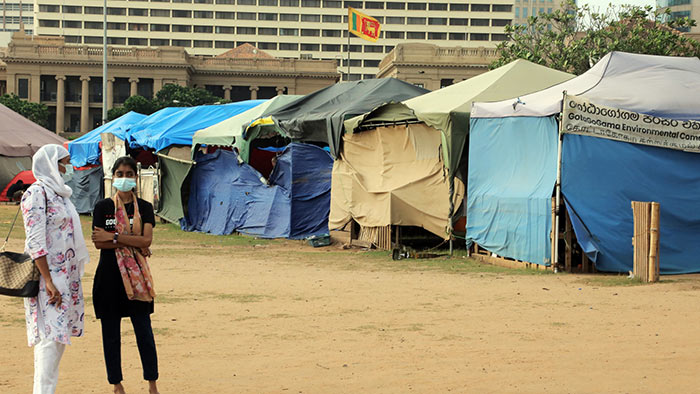 Sri Lanka Police on today (August 03) informed the protestors at Galle Face to remove all illegally set up tents and temporary shelters on Government & Urban Development Authority property before 5:00 PM on Friday (August 5).

In addition, Police have also requested them to remove the cultivations at the Galle Face protest site as well.

The law enforcement authorities stressed that legal action would be sought against those who fail to comply with the instructions.

In an announcement, the Galle Face occupants were urged to behave in a manner that is in compliance with the country’s law and not to oppress the members of the public.