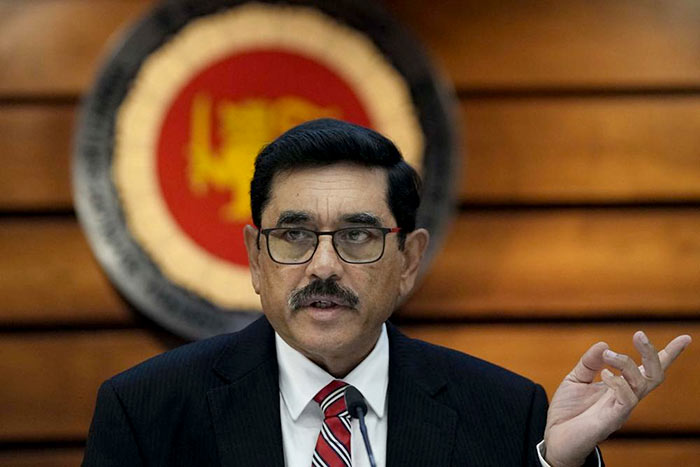 Money printing drastically reduced in the first ten months of 2022 in comparison to the entirety of 2021, Dr. Nandalal Weerasinghe, the Governor of the Central Bank of Sri Lanka said today (November 24).

According to Dr. Weerasinghe, the Central Bank has printed money to the tune of Rs. 341 billion in 2021. However, from January to October 2022, the figure dropped to Rs. 47 billion.

In 2020, the monetary base expanded by Rs. 31.6 billion, the Central Bank Governor added.

His remarks came during the media briefing to announce the 08th monetary policy review for this year.

In response to a question on the impact of the tightened fiscal policy on the monetary policy, the Central Bank governor said a loose fiscal policy means that there will be more borrowings from the central bank and the banking sector.

He added that tightening of the fiscal policy helps the Central Bank to curtail inflation at a fast rate and reduce the demand for borrowings by the government.

The Central Bank Governor said it would have been better if the fiscal policy was tightened much earlier. However, he said he is glad that it is happening now despite the delay.

Speaking on the debt restructuring discussions with bilateral creditors, Dr. Weerasinghe said good progress has been made.

The aim of going to the International Monetary Fund (IMF) board in December remains optimistic, however, if this opportunity is lost, the government hopes to do that in January. He also dismissed the reports on delaying it until March as “misleading”.

Meanwhile, the Central Bank Governor rubbished the claims that he is receiving a salary of Rs. 2.5 million along with a pension from the International Monetary Fund (IMF).

“Those claims are completely untrue. I’m not getting any pension from the IMF. During the time I was with the IMF on behalf of the country, I was paid a certain amount. That’s all.

Weerasinghe also said the salary of the Central Bank Governor used to be around Rs.150, 000 but it was increased to Rs.400, 000 by his predecessor.

He further said unlike his predecessor, he doesn’t have an extensive security detail consisting of personnel from security forces.

He also said he has no intention in accepting any pension benefits deriving from his stay as the Central Bank Governor.

I only read the comments below the banner for the book

Central Bank Governor Dr. Nandalal Weerasinghe responding to a question on an allegation made by his predecessor in a book, said that he only needs to read the comments on the post and that gives a general idea about the reality.

“I see it on social media. Only thing I enjoy is the comments below the banner for the book,” he told reporters at the Central Bank.