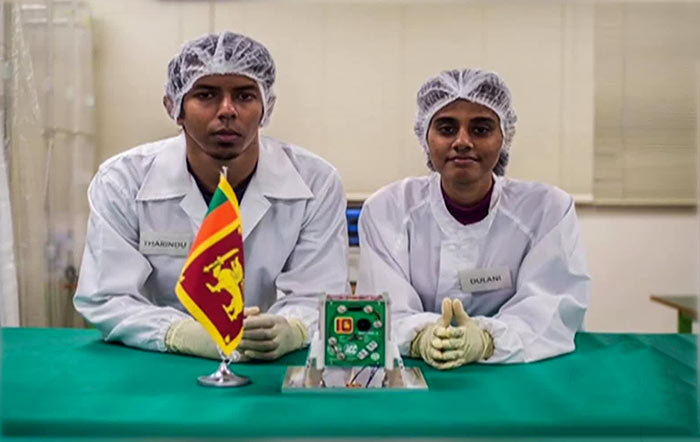 The satellite bordered to the Antares rocket carrying Cygnus cargo spacecraft and it is bound to reach the International Space Station (ISS).

RAAVANA-1 is set to be launched into orbit by the end of May or the outset of June, subsequently, it is expected to orbit the Earth for approximately 15 times per day and its speed is estimated at 7.6 km per second.

RAAVANA-1 is a research satellite built by two Sri Lankan engineers named Tharindu Dayaratne and Dulani Chamika, from the University of Peradeniya and the Arthur C. Clarke Institute for Modern Technologies.

RAAVANA-1 was officially handed over to the Japan Aerospace Exploration Agency on Feb. 18.

The satellite is expected to fulfill five missions including the capturing of pictures of Sri Lanka and its surrounding regions.

The RAAVANA-1 is expected to orbit 400 km away from earth. It will have a minimum lifespan of one and a half years.