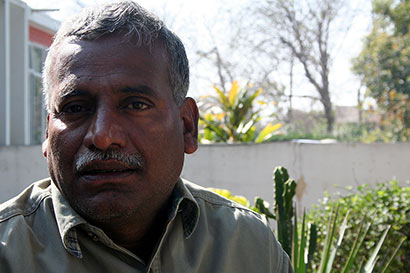 Firstly Sri Lanka’s war did have witnesses. The witnesses were however NOT – Gordon Weiss, Francis Harrison, Channel 4, the Darusman Panel, Charles Petrie and a whole list of others who have promoted themselves as witnesses when they are not because they were never inside the war zone. They were only passing between themselves a version they have contrived that fits well within a different agenda that has nothing to do with what they claim it is. Questioning their credibility further is their sources – who happen to all be pro-LTTE. However, there was a witness throughout. He was foreign and his name is B. Muralidhar Reddy, an Indian journalist working for The Hindu/Frontline and his account “Final Hours – An eyewitness account of the last 70 hours of Eelam War IV’ gives a real eyewitness account of what he himself saw. http://www.frontline.in/static/html/fl2612/stories/20090619261200900.htm

The accusations and allegations against Sri Lanka have been pouring in and much of these allegations had been prepared in advance even before the war ended. What cannot escape anyone’s attention is that the Indian journalist Murali Reddy was in fact the only foreign journalist who was virtually in the thick of things and remains the best witness who was able to see how the Sri Lankan military was carrying out its military operation as well as being aware of the status of civilians and their safety. None of Murali Reddy’s breaking news sent which he admits was never wetted nor was he denied internet access carried even a word or subtly implied that the armed forces were deliberately compromising the safety of the civilians. Murali Reddy’s accounts become both significant and important in the light of those who had never been anywhere near the war zone but depicting supposed atrocities as taking place as if they had witnessed these themselves when none of these collaborate with Murali Reddy’s witness account.

Accusation Falsified: Murali Reddy was a journalist part of a group of journalists from The Hindu/Frontline and All India Radio/Doordarshan. These were the ONLY foreign print/electronic media allowed access. The Indian journalists were attached to the 58 Division of the Sri Lanka Army headed by Brig. Shavendra Silva.

Accusation Falsified: The Indian journalists confirm that there was no conditions spelled out on the coverage from the war zone. ‘we were allowed unfettered and unhindered movement upto about 400metres from the zone, where pitched battles were fought between the military and the remaining cadre and leaders of the LTTE.’….’We also got an occasional peep, under the watchful eyes of senior officers, into the operations room at the headquarters of 58 Division, where 24/7 imagery of the war zone, obtained by Unmanned Aerial Vehicles, were beamed on small and large television screens. In addition, the military conducted tours, often 300 to 400 metres away from the last battle zone, once the ground situation was under the firm control of the forces.” Gordon Weiss, Francis Harrison or C4 never had NO such access. What they ended up doing to obtain for themselves world fame was to make 2+2 into 40,000 and more.

‘Most important was the fact that we had interference-free access to the Internet, including TamilNet, the website perceived to be pro-LTTE and based somewhere in Europe. Within the constraints of Internet time available, and not-unexpected problems of connectivity and speed in a war zone, there was just enough time to read and absorb the reports on the website before sending news dispatches to our headquarters. No questions were asked.’  In stark contrast all embedded journalists of the Gulf Wars had every item written security reviewed.

This also indicates that if the journalists were having access to the internet they also would have been aware of the allegations of civilian casualties being made and they would have themselves been best placed to confirm the allegations or kept a watchful eye.

According to Murali the last batch of Tamil civilians who fled LTTE-occupied zone were 80,000.

What is also interesting is that Murali’s discussions with this last batch showed that the LTTE by 10th May had realized they approached their Waterloo and that there was no purpose in holding on to the civilians. Murali however accepts that the LTTE were not clear on how the LTTE wanted to end the war. They could have kept the civilians, used them as human shields, or killed themselves along with the civilians but that would depend on how much of ammunition they had left. What LTTE did decide by 11th May was to desert the sentry points, dismantle the defense lines and destroy whatever they could.

Accusation: Army fired indiscriminately at civilians during the last phase

Thus according to Reddy the end of the LTTE inside the war zone without Tamil civilians began on May 16 with the clearing of the coastline.

That the coastline was cleared and under the Sri Lankan army reveals that the LTTE was now cornered inland. This led to an intense battle on 17 May as early as 5a.m. Murali Reddy himself say’ the tigers waged a hopeless battle in a bid to prolong the inevitable, if not exactly to save the LTTE top brass’. Reddy calls it a 22 hour battle and says that by 18th May the army chief was not able to confirm the death of Prabakaran.

Murali Reddy had also been taken to the spot where the bodies of LTTE top brass were brought for identification. There were 18 of them including Charles Anthony, Prabakaran’s eldest son. What is also interesting is that Reddy says that these LTTE leaders ‘appeared to have died either of gunshot wounds or in suicide blasts triggered by the cadre’, some had even swallowed cyanide. This shows that there was more possibilities of the LTTE taking their own lives before being either captured or shot by the Sri Lankan army.

Alongside the 18 LTTE leaders a further 250 bodies were also found. There is also the telephone message by Nadesan and Pulithevan to their contacts in Europe on 18 May that around 1000 wounded cadres, civil officials of LTTE and civilians remains inside the safety zone. That there was no mention of any 40,000 civilians inside the zone is another proof that this number is nothing but a concocted lie.

It was only on 19th May in the afternoon that the troops had recovered the bodies of Prabakaran and Soosai though Tamilnet quoted KP as saying that Prabakaran was ‘alive and well’.

Reddy also quotes Marie Colvin (The Sunday Times, London) who had in the 24 May internet edition written that Nadesan had contacted her on 17 May to ask her to broker a surrender for himself and Pulithevan. What was clearly implied was that the LTTE leaders themselves were breaking ranks with the LTTE leadership.

The witness accounts by Murali Reddy given as hot news from the war zone itself shows a different version to what is today being used against Sri Lanka so much so that the UN is claiming it had failed when the UN should ideally accept that it failed 20million Sri Lankan citizens by allowing LTTE to thrive for 30 years.

The UN Office in Colombo estimated that approximately 7000 civilians were killed in the final stages of the war. The 7000 or something figure was jacked up to 40,000 by Gordon Weiss after landing in Australia. He changed this number to 10,000 at his book launch and disowned responsibility for the change of numbers attributing it to the printers!

There are others joining in the guestimates – Charles Petrie says 70,000 in his report

The number of dead quoted by the UN country team in Sri Lanka was 7721 people while the Tamilnet the LTTE propaganda wing reported a total of 7398 deaths.

The comprehensive survey by the Government in the Northern region placed the number of dead and missing during the final phase at 7400 dead and 2600 missing. The 7400 dead included LTTE fighters killed in combat. Of the 2600 missing, 1600 had been with the LTTE whereas only 438 had disappeared in areas under military control.

The American Association for the Advancement of Science could only report 960 burials and we again come back to the golden question where are the 40,000 dead bodies?

We just have to ask how these people counted the dead bodies or what benchmark they are using to calculate the numbers given that in a Tamil population of 2.2million of which 1mllion Tamils are now living overseas.

As for Reddy, he is an Indian journalist and has no requirement to speak on behalf of either the LTTE or the Sri Lankan army. His accounts of the Last Hours have been as he had witnessed them and in taking his version against the allegations been made – we can only conclude that someone is lying and it appears the liars are those who were never witness but are claiming to have seen 40,000 dead bodies but they don’t know who they are and 4 years on they still cant find their names or relatives.