The Speaker permits the arrest of UNP MP Chaminda Wijesiri 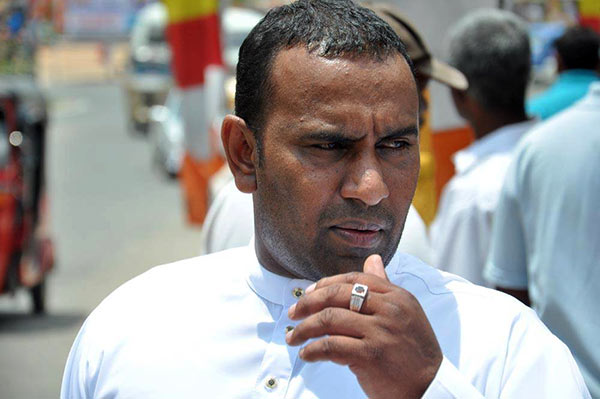 A warrent has been issued for the arrest of an policeman from the MPs security personnel.

Bandarawela police informed courts that MP Chaminda Wijesiri was to be arrested yesterday.

Police also noted that the speaker had been informed of the action taken against the MP through the parliamentary police division.

The MP’s driver was arrested yesterday in connection to the incident and courts ordered that he be remanded until the 18th of February.

The assault by MP Wijesiri, resulted in a police constable attached to the Bandarawela police narcotics bureau sustaining injuries and being admitted to Bandarawela hospital.

Reports suggest that the assault occurred as a consequence of road rage on the part of the MP.

The vehicle that The MP was travelling in was assigned to DIG S.C Medawaththa from the police narcotics bureau.