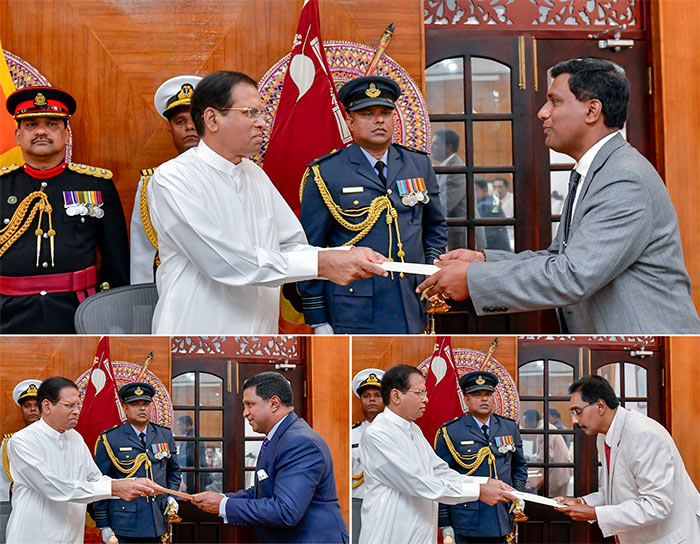 The swearing in ceremony held at the official residence of the President.