Tissa has joined the Govt: MR 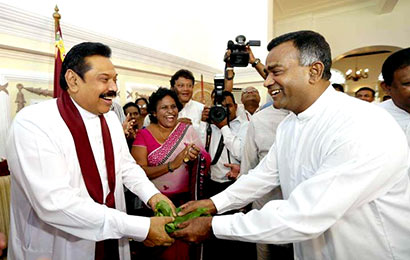 President Mahinda Rajapaksa said a short while ago that UNP General Secretary Tissa Attanayake had joined the government.

Addressing a gathering soon after handing over nominations for the presidential election at Rajagiriya, he said his party doors were still open and people had begun to enter through them.

2 Responses to Tissa has joined the Govt: MR