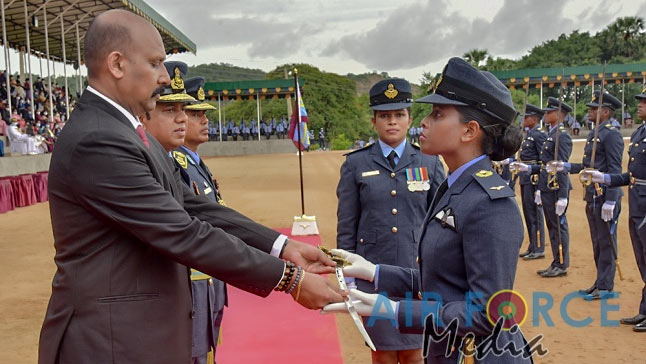 The event was held under the patronage of Secretary of Defence Retired Major General Kamal Gunaratne and Commander of the Air Force Air Marshall Sudarshana Pathirana.

The event is notable as it marks the first time that a female cadet has won the Gold Sword of the Best Cadet Officer in all respects and also the first time a female officer has commanded a passing out parade.