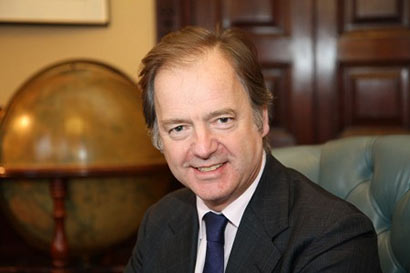 The UK Minister of State at the Foreign and Commonwealth Office Hugo Swire is paying a second visit to Sri Lanka from 28-30 January, shortly after the formation of a new government, the UK High Commission in Colombo said in a release today.

As part of a broad visit Mr. Swire will call on senior ministers including Prime Minister Wickremesinghe to discuss the new government’s reform programme and areas of potential co-operation.

Mr. Swire said he is “delighted to be visiting Sri Lanka again so soon after the recent elections, and welcome the early progress made by President Sirisena towards a more democratic and accountable government.”

“It is encouraging to see such a renewed desire for peace and reconciliation following past instability. The UK will do all it can to support Sri Lanka as it moves towards a brighter future.”

During his visit Mr. Swire will meet representatives from NGOs to discuss human rights issues.

He will also travel to Jaffna to meet the Chief Minister of the Northern Provincial Council and civil society, and visit the British Council in Jaffna, where significant work is being undertaken to improve access to English language training.