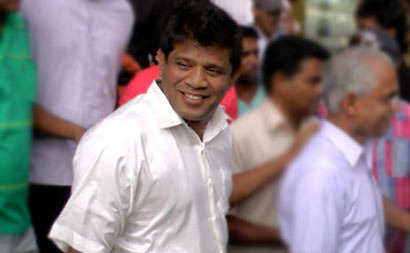 Gampaha District UNP MP Ajith Mannapperuma’s left leg was amputated yesterday following a road mishap where his vehicle crashed into a side railing of the Southern Expressway.

The accident that occurred around 12.50 pm between Dodangoda and Welipenna interchanges, near the 39th km post left Mannapperuma and one of his security personnel injured. They were initially admitted to the Nagoda General Hospital, Kalutara.

Hospital sources said that MP Mannapperuma’s left leg had beeb amputated to save his life.

As his condition was getting worse, hospital authorities at Nagoda took action to transfer him to the National Hospital, Colombo where his leg was amputated.

The driver of the jeep, however, escaped unhurt, police said.

Police said that the driver had lost control of the vehicle owing to high speed.

MP Mannapperuma is an engineer by profession.