UNP opposed to resolution brought on SL by UNHRC 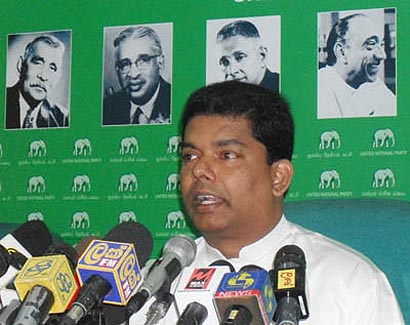 The main opposition UNP today assured that it is willing to support the government in any action that is taken on behalf of the country and it is fully opposed to any resolution that is being adopted on Sri Lanka by the UN Human Rights Council.

This sentiment was expressed by UNP’s official spokesman Gayantha Karunatilleke on behalf of the party at a news conference today.

Mr. Karunatilleke said the UNP is against any form of international intervention in Sri Lanka since it was the UNP which brought independence to the nation in 1948.

Home » UNP opposed to resolution brought on SL by UNHRC