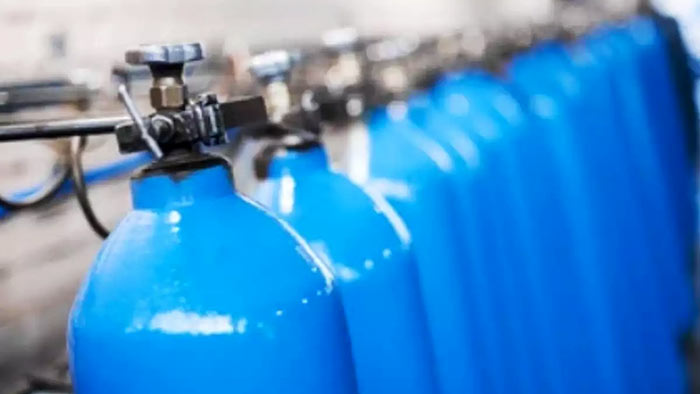 The Health Ministry has decided to increase the capacity of providing oxygen for medical purposes in view of a dramatic increase of the requirements needed to treat COVID-19 patients, officials said.

Urgent imports, setting up of new plants and reducing supplies to industries are among some of the emergency plans approved by the Cabinet .

The moves come as the daily requirement of oxygen has gone up from 22 tons a day to 41 tons with the number of COVID-19 patients in High Dependency Units and Intensive Care Units nearing 500.

The Government has decided to import six tanks of 20 tons each and already tenders have been called for the import of four tanks with immediate effect, as part of the plans. Each of the tanks is estimated to cost Rs 3.25 million.

In another move, plants will be established in the provinces where upto a maximum of 100 cylinders could be filled a day. The plants will be set up in areas such as Nuwara Eliya, Monaragala, Badulla, Ampara, Hambantota, Mahiyanganaya, Theldeniya, Rikilgaskada and Jaffna.

Approval also has been sought to purchase another 2,500 units with each unit producing 10 litres of oxygen in an hour.

An allocation of Rs 987 million has been sought to establish plants to fill up cylinders and the purchase of 2,500 units.

The Government has also ordered 15,000 jumbo cylinders to boost the supplies. At present,the Health authorities have 6,338 such cylinders.

The moves came as the death toll of COVID-19 patients had reached an average of over 50 a day during the past 10 days.