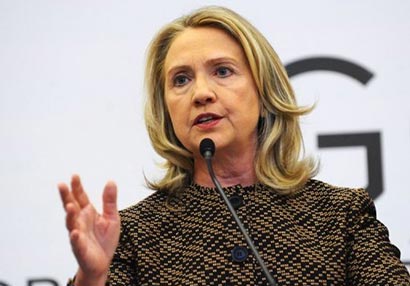 The United States on Monday exempted India and six other nations from U.S. economic sanctions after they significantly reduced their imports of Iranian oil, foreign media reported

Secretary of State Hillary Rodham Clinton also granted waivers to Malaysia, South Africa, Sri Lanka and Taiwan, meaning that banks and other financial institutions based there won’t be hit with penalties under U.S. law for a renewable 180-day period.

They join 11 countries – Belgium, Britain, the Czech Republic, France, Germany, Greece, Italy, the Netherlands, Poland, Spain and Japan – that Clinton in March determined had done enough to wean themselves from Iranian petroleum. Of major importers of Iranian oil, only China now remains without a U.S. waiver. It has until June 28 to reduce its consumption of Iranian oil or face the penalties unless it receives a national security waiver.

Clinton said in a statement that the exemptions are proof that sanctions aimed at pressuring Iran to come clean about its nuclear program are working. “Today’s announcement underscores the success of our sanctions implementation,” she said in a statement. “By reducing Iran’s oil sales, we are sending a decisive message to Iran’s leaders: until they take concrete actions to satisfy the concerns of the international community, they will continue to face increasing isolation and pressure.”