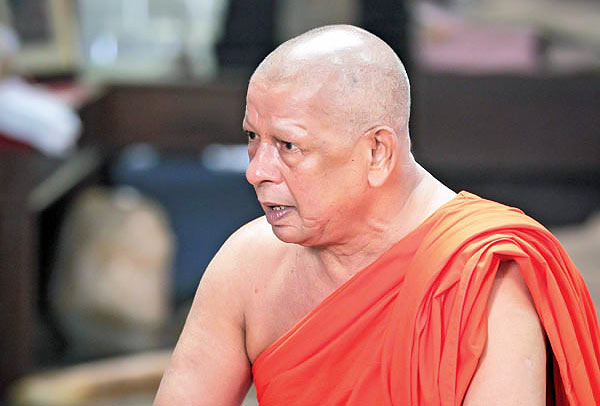 Former President Mahinda Rajapaksa participated in an event where a water bowser was donated to the kidney disease prevention program of the Colombo Gangaramaya temple on Thursday (14).

During the event the chief incumbent of the Gangaramaya temple Ven. Galboda Gnanissara thero discussed the acquisition of 290 billion dollars as a foreign investment through the sale of a certain government asset.

The chief incumbent stated that certain individuals are riding on the laurels of previous regimes. He stated that parties are unnecessarily publicizing the attainment of 290 billion dollars without thanking the people who constructed the asset that was sold.