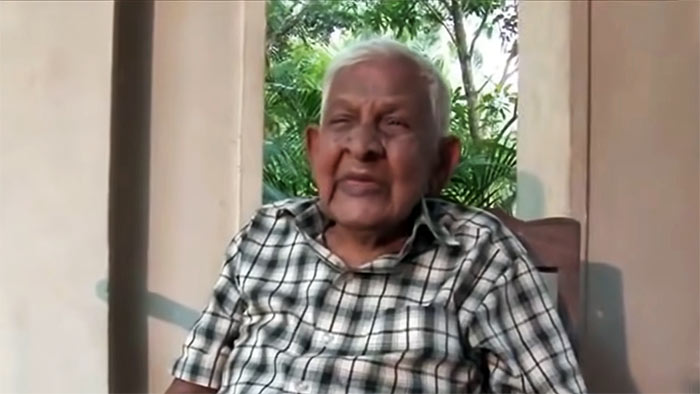 Veteran actor and comedian, Berty Gunathilake has passed away at the age of 98 today morning (March 06).

He died while receiving treatment at the Kahawatta Base Hospital.

Berty Gunathilake born on August 02, 1924 at Ampitiya in Kandy, Mr. Gunathilake was a student of the Ampitiya Primary School, Sri Sangaraja Maha Pirivena in Kandy and the Institute of Indigenous Medicine.

He later served as an Assistant Teacher at the Galpola Vidyalaya in Kuliyapitiya.

Berty was notable for the role “Baba” he played in TV comedy sitcom “Vinoda Samaya” aired on Rupavahini for several years.