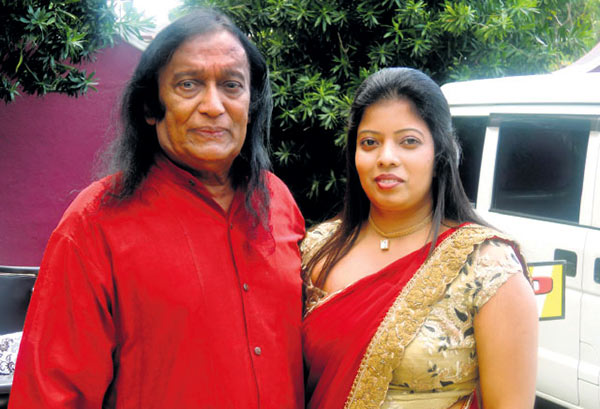 Hashini Amendra, the wife of veteran singer Victor Ratnayake, was arrested by the Tangalle Police this morning for the alleged misappropriation of Rs. 1.28 million worth of jewelry belonging to a state bank.

Police said the manager of the said state bank had lodged a complaint with the police against the 32-year-old for the crime she allegedly committed during her time as an employee of the pawning section of the bank during 2012- 2016.

The Tangalle Police arrested the suspect, a resident of Ambagahawatta Mawata in Athurugiriya, when she arrived at the police station this morning.

Police said she will be charged under the Public Properties Act and is to be produced before the Tangalle Magistrate.