We will support MR if they reduce powers of PCs : Patali 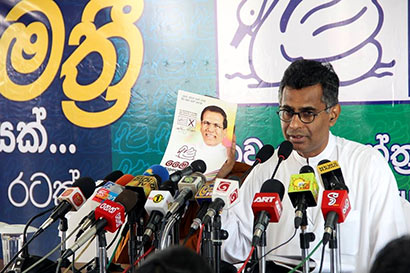 The Jathika Hela Urumaya (JHU) General Secretary Patali Champika Ranawaka yesterday said that his party would consider supporting the incumbent president if he brings amendments to the 13th Amendment to reduce powers of the Provincial Councils before the presidential elections.

We asked him to remove the power which a provincial council has to merge with another council and to increase the power of the governor but he did not do it and we ask him to do so now if he could,” Mr. Ranawaka said.

3 Responses to We will support MR if they reduce powers of PCs : Patali