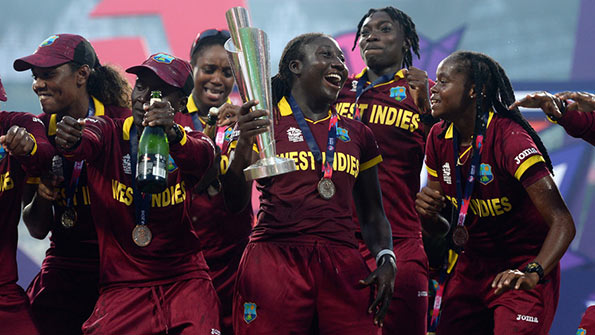 Matthews (66) and captain Taylor (59) added 120 for their opening stand as West Indies chased down a 148-run target with three balls to spare for their first win against the Southern Stars in nine attempts in World Twenty20.

Deandra Dottin, who took two wickets for 33, remained unbeaten on 18 to see West Indies through and spark wild celebrations among her team mates.

Australia’s Elyse Villani and captain Meg Lanning had both hit 52 and added 77 for the second wicket to take their side to 148 for five after they won the toss and opted to bat.