Will Americans continue to allow its politicians to get away with murder and war crimes? 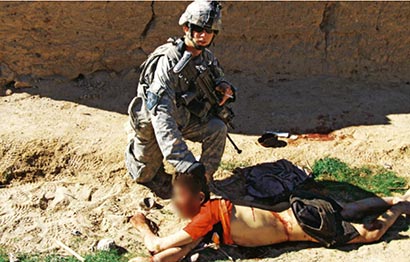 Ignorance rarely leads to happy endings. One cannot but wonder whether American politicians would have gotten away with what they have done had the American polity been more politically aware of what was going on around them both at home and abroad. Has it not been the ability of America’s politicians to sell lies the Americans bought that has led to the deaths of MILLIONS of people and the destructions of their nations?

96% of world media is in the hands of 6 corporate giants – should we be surprised that we are being brainwashed? Media takes advantage of the ignorance of the American public and preoccupies their time by diverting attention to more physical attributes of Presidential candidates, their spouses and the way they dress, the jokes they say or the appearances they make. When people are politically ignorant what happens – they become prey to manipulations by the “ruling class” and who are they? They are the transnational conglomerates who rule America’s political leaders, the news and entertainment media and special interest groups together who create what become history’s distortions unless we are aware of the truth.

One needs to wonder whether it serves the American Governmental apparatus well to have an ignorant populace for what would happen if 344million Americans did wake up to the ground realities of the atrocities its Government’s have been doing over decades? Would we be wrong to wonder if what happened to Iraq and Afghanistan, Libya and now Syria could have been averted or stopped by pressures exerted by the American public not allowing their Governments to kill innocent people, bomb nations into oblivion and eventually drug its own soldiers leaving one soldier a day committing suicide because of the side-effects of the drugs they are taking?

It is not difficult to deduce that the American public have been conditioned and are being conditioned to think according to how their Government’s want them to think. Is it not because of conditioning that Big Tobacco, Big Pharma, Gun lobby and similar big boys end up deciding who gets to sit on the hot seat of the White House?

Of the top 25 magazines in the US the only news magazine is listed at number 12 (Time – which is dictated by the Bilderbergs). Only 12.5m people actually read the top 25 magazines of which Rupert Murdoch’s Wall Street Journal is No.1. A National Civic Literacy Study conducted by Xavier University reveals that 1 in 3 native-born citizens fails the civics portion of the naturalization test compared to 97.5% pass rate among immigrants applying for citizenship. America is a nation of reality TV watchers and there are plans to induce the same catastrophe to Asian viewers now mesmerized by reality TV as well. It is good for Asian policy makers to realize this and immediately address this before Asians too end up ignoramus themselves!

How many Americans would accuse mainstream media of being a bunch of paid professional liars? They along with the new peace doves in the form of the human rights champions have no love, no decency, no shame and no fear – in fact they thrive of spewing disinformation, creating lies to deceive people and they hold laborious meetings to devise ways to deceive people to protect those who control the newsmedia.

Pew Research which conducts surveys on the American public’s public affairs knowledge confirms what we perceive to be a primary reason for successive Governments to sell whatever story they like and militarily intervene and destroy entire nations and populations.  A Pew IQ study has revealed that only 7% of the people surveyed could correctly answer all 13 questions – half of those surveyed did not know where Syria was on the world map, 43% did not know what the national flag of China was, 75% didn’t know the Euro symbol and thankfully 75% knew John Kerry was the new Secretary of State. How is this possible in a country where its mainstream news channels are providing 24×7 news coverage? How worse can things be when most Americans have concluded that the Boston Bomber – described as a Chechen is thought to be from Czechoslavakia!

If the American people had known the lies their Governments tell would they have been able to question the logic of US killing 1,455,590 innocent Iraqi’s to eliminate just 1 man? Thousands of Iraq’s have been killed since US military intervention in Iraq on the grounds that they accused Saddam for killing “50,000” Iraqi’s without even proof? Did no American wonder why US could not have sent a professional team to strike out just Saddam Hussein and even his coterie instead of bombing an entire nation?

If the American people knew that America was murdering millions to steal Iraqi oil would they have allowed the occupation to take place given that none of these riches have benefitted the common American? Americans must now ask exactly who are profiting from these illegal occupations?

If the American people knew more about the UN laws would they have not questioned why US was invading Iraq when there was no evidence of Weapons of Mass Destruction?

Before American public officials go attributing comments such as these as Anti-American it is good for themselves to wonder exactly how they are contributing to taking their nation en route to a course that would only disintegrate their own people and possibly end up creating more enemies than friends. It is not out of any malice that facts are placed but to simply make people ask themselves whether they are going to continue to be misled by a handful of self-centred people who do not care for anyone but themselves and who are using the system to create anarchy throughout the world.

If the Americans knew the amounts going to these fictitious wars would they not question why US Armed Forces receive the small pay rise since 1973 while billions are going towards funding more wars!

Can Americans simply pass the blame on the Bush or Obama administration because when America declares War on Terror and America invades a nation every death makes Americans accountable because the American Government decides on the POWER the people have given them and if the Powers seated at Washington are evil and corrupt then all those under it are no different.

Do Americans think the world must think like them? Is that not being proud and arrogant? Do the other nations of the world not have cultures and civilizations that have proud histories that people do not wish to dilute them in the name of “democracy” or “liberal thinking”?

If Americans were not as ignorant as they are would they have not asked “since when did it become America’s business to interfere in the affairs of other nations”?

If Americans were not as ignorant would they have not asked why US turned a blind eye to the millions slaughtered in Rwanda when US was alerted of the plan before the outbreak of violence?

Is it not because Americans were ignorant that US officials fooled the people into thinking 9/11 perpetrators were in Iraq and not Saudi Arabia?

Is it not because Americans are ignorant that Wall Street Bankers ripped off $23,700,000,000 (2009/2010) from the American taxpayers and the People’s “representatives” cannot do anything about it?

For Americans, all their Government needs to do is use just one word “terrorist” and the people are ever ready to give killing orders to their Governments but how many even wondered why their Government is using banned chemicals like DU – depleted uranium  which has resulted in abnormal children. 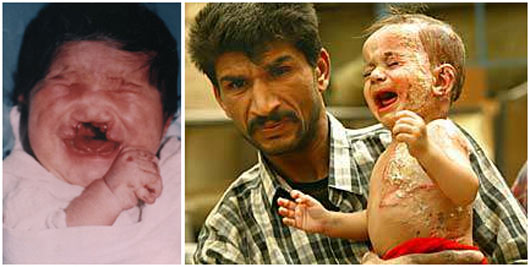 Some US soldiers have even stored their sperms in California laboratories in case DU makes them sterile!

Do Americans even wonder that a criminal syndicate has taken control of the White House and do people wonder how proud they can be when their troops leave this message?

Do Americans know enough to question why US had no right and no legitimate reason to invade Iraq and that it was an ILLEGAL war without UN sanction and when US General James Mattis says “its fun to shoot some people” we know doom is on the way.

What if Reagan, Clinton, Bush and Obama were all part of that criminal syndicate but one person wasn’t and because he didn’t belong he had to go – well this happens when you do not tag the line “The high office of the President has been used to foment a plot to destroy the American’s freedom and before I leave office, I must inform the citizens of this plight.” —President John Fitzgerald Kennedy – In a speech made to Columbia University on Nov. 12, 1963, ten days before his assassination! At the same time, he put a stop to the “borrowing” of Federal Reserve Notes from the Federal Reserve Bank and began issuing United States Notes (which was interest-free) on the credit of the United States. It was the issuing of the United States Notes that caused Jack Kennedy to be “assassinated.”

Upon taking the Oath of Office; Lynden B. Johnson stopped the issuing of the United States Notes and went back to borrowing Federal Reserve Bank Notes (which were loaned to the people of the United States at the going rate of interest of 17%). The U.S. Notes, that were issued under John F. Kennedy, were of the 1963 series which bore a “Red” seal on the face of the “Note.”

How many of the 344million Americans know that the Federal Reserve System is NOT a US Government owned agency? How many are aware that the member banks own all of the stock of the federal reserve banks and these heads are all members of the Council of Foreign Relations?

How many Americans know that Woodrow Wilson signed the Federal Reserve Act into law and amended the Constitution to make the federal income-tax known as the 16th amendment – once these 2 provisions became law what happens is that people are robbed of their earnings via the income-tax provision.

The day Americans start asking the correct questions either another “terrorist” attack would take place or better still the new laws in place will ensure Americans are too afraid to speak up – the fate of the whistleblowers shows enough reasons to fear the new system springing into being which will be no different under the Democrats or the Republicans.

The NSA leak and Snowden showed us that America and the world are being watched – their privacy is being violated. 30,000,000 US cars have black boxes. The nation preaching transparency and human rights have violated the rights of their own citizens.

When Americans are appearing to finally wake up and start asking the right questions that is why they are slapped with new laws and regulations to keep them in check and silenced. Surely 344million Americans can beat the tide and they must.

3 Responses to Will Americans continue to allow its politicians to get away with murder and war crimes?

Home » Will Americans continue to allow its politicians to get away with murder and war crimes?