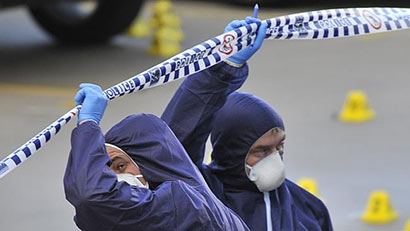 AUSTRALIA: A GERALDTON doctor has been charged with murdering her husband, who was also a doctor, in a domestic dispute.

Major Crime Squad detectives last night charged the 34-year-old woman with the murder of Dr Dinendra Athukorala on June 24, at a house in Shenton Street, Geraldton.

The 34-year-old woman has been remanded in custody to appear in Geraldton Magistrates Court today.

The family of Dr Athukorala, who live in Sri Lanka, have been notified.

Detecitves and Consul officials are offering the family all available assistance.

The Major Crime Squad is also investigating a second homicide in the Midwest town, after the discovery of a man’s body in a home in Wonthella yesterday.

The 51-year-old’s body was found in a home in Seventh Street and forensic investigators declared four separate crime scenes, including the car park of Geraldton Regional Hospital.

Investigation of the carpark crime scene finished yesterday and the area is now open to the public.