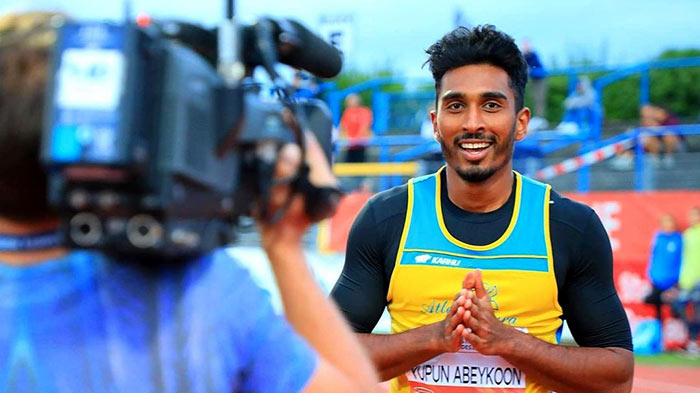 Sri Lanka’s Yupun Abeykoon has set a new national record and a South Asian record in the men’s 200 metres during an athletic meet held in Italy yesterday (May 22).

The Italy-based Sri Lankan sprinter shattered the existing South Asian and Sri Lanka records in the 200 metres event by clocked a time of 20.37 seconds at the 12th Castiglione International Meeting in Grosseto, Italy.

Abeykoon already owns the South Asia record in 100 metres with a time of 10.15 seconds and fastest time at any condition (10.04 seconds).

Last month, he also set a new Asian record in the 150 metres men’s event during another athletic meet held in Italy.

The sprinter clocked a time of 15.16 seconds to finish first place in the race and in the process surpassed the existing Asian record in the event.

The previous record of 15.35 seconds had been set by Japan’s Yoshihide Kiryu in 2017.