“Conditions have changed and improved in Sri Lanka”, says British Minister Alistair Burt in the Parliament 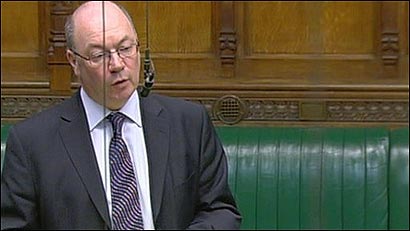 “There is no doubt that conditions have changed in Sri Lanka and have improved to a degree after the conflict, but the issue is how far that goes,” Alistair Burt, The Parliamentary Under-Secretary of State for Foreign and Commonwealth Affairs said in the British Parliament this afternoon on Tuesday 14 September 2010 at 2.30pm. He made these comments when Parliament was open for ‘Oral Answers to Questions’ session on matters related to Foreign & Commonwealth Office (Ministry).

During the debate Sri Lanka issues were discussed under two separate topics. First the debate was open when Katy Clark, Labour MP for North Ayrshire & Arran constituency, tabled a question related to detainees in IDP camps in Sri Lanka. He inquired about the recent discussions British Foreign Minister has had with the Sri Lankan counterpart on access to detainees by the International Committee of the Red Cross. Minister Burt replied that he had spoke to the Foreign Minister of Sri Lanka about a variety of issues, including human rights, access to former combatants and hope to continue the dialogue with the Foreign Minister in the future. He further stated that it is pleasing to hear that the International Organisation for Migration does have access to those camps and negotiations continue for giving access to the Red Cross too.

At the Second Session, Barry Gardiner, Labour MP for Brent North raised a question on detention camps in Sri Lanka. He inquired about the recent discussions the British Foreign Ministry has had with the UN High Representative for Human Rights on the situation of Tamils in detention camps in Sri Lanka. Alistair Burt replied that there are still some 25,000 internally displaced Tamils in camps and British government maintain regular dialogues with NGOs and UNHCR, about their condition. And also maintain a dialogue with the Government of Sri Lanka in relation to the issue. He further said that the UK Government had spent £13.5 million to support internally displaced persons.

Conservative MPs, Lee Scott (Ilford North), James Gray (North Wiltshire) and Siobhain McDonagh, Labour MP for Mitcham and Morden also joined the debate. But it is significant William Hague, British Foreign Secretary who was in the House during the debate didn’t answer a single question

The full text of the debate at the House of Commons as follows.

The Secretary of State was asked—

3. Katy Clark (North Ayrshire and Arran) (Lab): What recent discussions he has had with his Sri Lankan counterpart on access to detainees in that country by the International Committee of the Red Cross. [14848]

The Parliamentary Under-Secretary of State for Foreign and Commonwealth Affairs (Alistair Burt): I spoke to the Foreign Minister of Sri Lanka on 16 June and again this morning about a variety of issues, including human rights and access to former combatants. We hope to continue the dialogue with the Foreign Minister when he comes to London in October.

Katy Clark: I thank the Minister for that answer. Will he outline the role he believes the international community should play with respect to this issue, as we repeatedly hear concerns about the treatment of detainees and human rights abuses in Sri Lanka? Does he support the call for an international inquiry, particularly into the abuses in the final week leading up to the end of the war in May 2009?

Alistair Burt: Let us separate the two issues. As to detainees, I am sure that the hon. Lady will be pleased to hear that the International Organisation for Migration does have access to the camps. The Sri Lanka Minister told me this morning that negotiations continue for giving the Red Cross access, which we would certainly support. As far as allegations about what happened during the end of the conflict are concerned, we have repeatedly called upon Sri Lanka to make sure that there is a full, independent and credible inquiry so that these past allegations can be raised transparently. That would be in the interest of reconciliation in the future.

Mr Lee Scott (Ilford North) (Con): Will my hon. Friend take up with the high commissioner the issue of why, in my role as the chairman of the all-party Tamils group, I am receiving reports that people who have returned to their homes are still being intimidated, singled out for abuse and are not being treated with the respect that they should be given? Can this issue please be raised with the high commissioner?

Alistair Burt: The number of internally displaced people who have been returned has grown significantly since the end of the conflict, but we remain concerned about reports of abuses of freedom, lack of freedom of expression and continued problems in the north. These issues are raised quite regularly with the Sri Lanka Government and the high commissioner, and the next time I see him, I will certainly make sure that my hon. Friend’s concerns are pressed.

16. Barry Gardiner (Brent North) (Lab): What recent discussions he has had with the UN High Representative for Human Rights on the situation of Tamils in detention camps in Sri Lanka. [14861]

The Parliamentary Under-Secretary of State for Foreign and Commonwealth Affairs (Alistair Burt): There are still some 25,000 Tamils as internally displaced persons in camps. We maintain a regular dialogue with a variety of NGOs, including UNHCR, about their condition. As I indicated in answer to an earlier question, we also maintain a dialogue with the Government of Sri Lanka in relation to the issue.

Barry Gardiner: My question was specific. It asked what recent discussions there had been, and it asked about the situation of Tamils in those detention camps. I do not believe I got an answer to either of those elements of the question, and I therefore ask the Minister to respond specifically—when, where, what, and what is going to be done?

Alistair Burt: The hon. Gentleman has been assiduous in his pursuance of Tamil constituents’ concerns and he has raised these issues before. I indicated that there is a regular and constant dialogue between the Government’s representatives in Colombo and UNHCR, and I meant exactly that—it is regular and ongoing. The United Kingdom Government have spent about £13.5 million to support internally displaced persons. We are concerned and our most recent discussions revealed the concerns about the clampdowns on NGO activity with those in the camps. So in answer to the hon. Gentleman’s probing about the conditions, we remain concerned. I raised the matter with the Foreign Minister this morning and he is aware of people’s concerns. We will continue to do so because if the Government of Sri Lanka are serious about their attempts at reconciliation, these matters must be cleared and dealt with. The hon. Gentleman is right.

Mr James Gray (North Wiltshire) (Con): The Minister’s word “reconciliation” is right after 25 years of appalling civil strife. In addition to the Tamils who are kept in such dreadful conditions in the camps, is he aware that quite a number of Sri Lankans in Colombo and elsewhere who were thought to be vaguely sympathetic towards the Tamils are also in detention without trial? There is huge human rights abuse there as well. Is my hon. Friend addressing that with the new Government?

Alistair Burt: Yes, my hon. Friend is correct. Human rights issues, particularly freedom of expression and concerns about the media, have been raised. There is no doubt that conditions have changed in Sri Lanka and have improved to a degree after the conflict, but the issue, as he says, is just how far that goes. That is why we are pressing the Government of Sri Lanka. If they meant what they said about reconciliation at the end of the conflict, we all have to see that in practice on the ground, rather than just words.

Siobhain McDonagh (Mitcham and Morden) (Lab): Given the widespread allegations of war crimes during the civil war in Sri Lanka, does the hon. Gentleman agree that the Sri Lankan Government are being unreasonably provocative in appointing as their new high commissioner and deputy high commissioner two of their most senior military leaders, Admiral Wasantha Karannagoda and Major General Prasanna Silva, who were responsible for some of the most brutal fighting during the conflict? If he agrees with me, what do the Government intend to do?

Alistair Burt: I am not aware that any representations have been made to the United Kingdom Government in relation to a position of high commissioner. I am aware of the position in relation to the defence attaché. It would be difficult to conceive of a defence attaché without a military background, and that appointment is understood. I have not heard anything about the other position, but the hon. Lady certainly raises an issue. If reconciliation is to be the watchword of the Sri Lankan Government, every appointment that they make will be looked at in those terms. Accordingly, appointments that are conciliatory and go some way towards remedying the tragedy of the conflict are surely rather better, for them and for the rest of the world, than anything else, but these appointments are a matter for the Sri Lankan Government in the first place.