“Have you voted for my party?” President Rajapaksa asks his countrymen 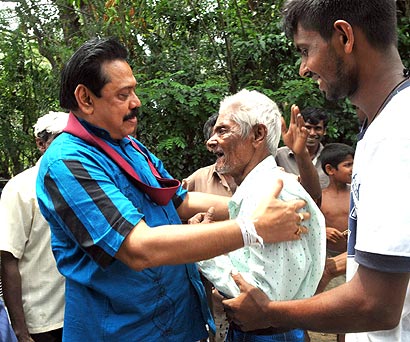 President Mahinda Rajapaksa is seen here having casual chats at many informal stops in towns of Kirama, Katuwana, Walasmulla, Modarawana, Beliatte, Galagama and Ranna in the Hambantota district Southern Province of Sri Lanka. He visited those towns, some are still rural villages after casting his vote at D.A.Rajapaksa Maha Vidyalaya poling station in Medamulana, his home town yesterday afternoon on 8th April 2010.

President Rajapaksa talked to his countrymen, most of them are his party supporters and requested that they cast their vote to give him a clear mandate and a solid majority in parliament which is absolutely crucial for rapid development of the country through unwavering stability after eliminating terrorism. At Ranna town he talked to a fire cracker seller and also purchased a lottery ticket. People of those towns were surprised and overwhelmed to see the head of the state talking to them just like an ordinary person. 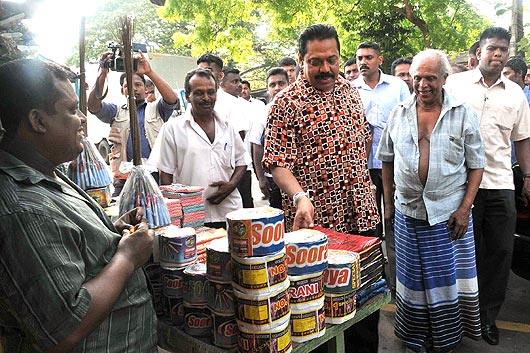 12 Responses to “Have you voted for my party?” President Rajapaksa asks his countrymen

Home » “Have you voted for my party?” President Rajapaksa asks his countrymen