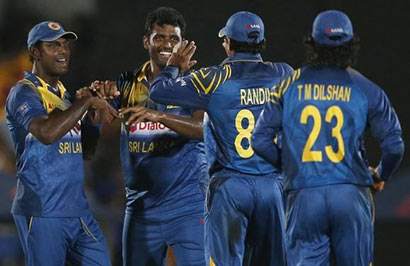 Sri Lanka’s cricket squad will receive a bonus of almost $1 million from the Government if they win the 50-over World Cup in Australia and New Zealand that starts next week.

Government spokesman Rajitha Senaratne said on Thursday that the new cabinet had agreed to pay 130 million rupees ($983,359) to the players if they lift the trophy.

The island nation won the World Cup in 1996 and finished runners-up at the last two editions.

Sri Lanka have been drawn in Pool A alongside the two co-hosts, England, Bangladesh, Afghanistan and Scotland.

They lost the finals in 2007 and 2011 to Australia and India respectively.