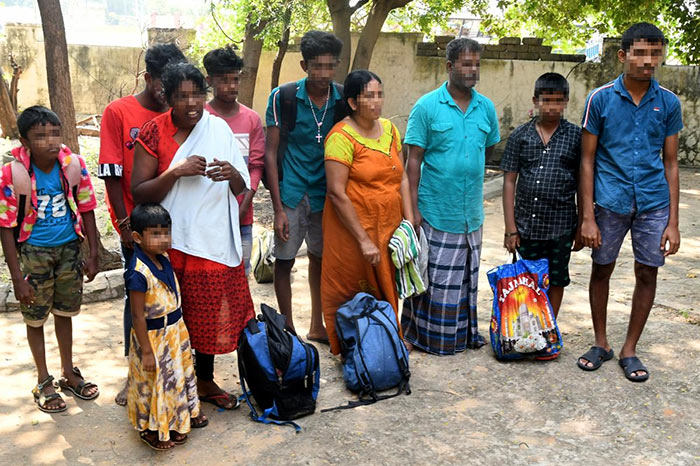 Ten Sri Lankan nationals clandestinely reached the shores of Rameswaram island in India in the early hours of Wednesday (November 23).

Among them were two men, two women, a youth and five children.

According to police sources, the Sri Lankans had come here from Mannar on a boat and were dropped at an islet along the Mugutharayachathiram sea shore.

Marine police personnel conducted an inquiry and took them to a rehabilitation camp at Mandapam.

With the new arrivals, the total number of Sri Lankans who have fled their crisis-hit nation and reached Tamil Nadu has increased to 209.

One of them, an elderly man, died after reaching the State.