13 in the running for Sri Lanka’s President 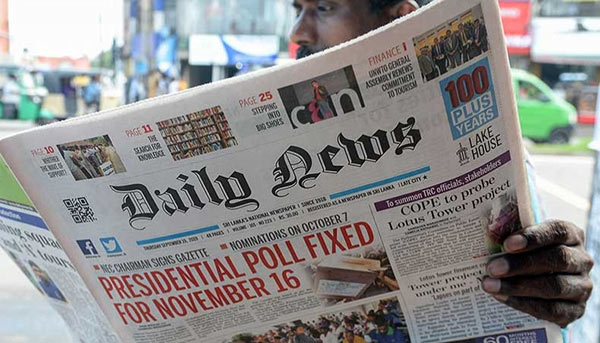 The Election Commission says 13 candidates have placed deposits to contest at the upcoming Presidential Election.

Meanwhile, the Presidential Candidate of the JVP-led National People’s Power Parliamentarian Anura Kumara Dissanayake is expected to place deposits for the election today.

Deposits for the November 16th Presidential Election can be placed till noon on the 6th of October. The acceptance of nominations will take place on the 7th of October.

Home » 13 in the running for Sri Lanka’s President