15 bodies including children found at blast site in Sainthamaruthu 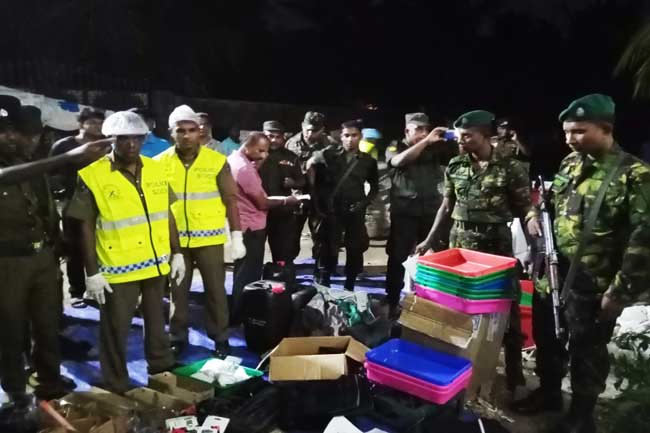 A total of 15 bodies including women children have been recovered from the site of explosions at Sainthamaruthu, Kalmunai.

Police media spokesperson SP Ruwan Gunasekara noted that the Armed forces have not suffered any injuries in the clashes and called on the general public not to be fooled by rumours. Police curfew is still in effect in the area.

Meanwhile another woman and a child who were found injured in the incident have been hospitalized.

Home » 15 bodies including children found at blast site in Sainthamaruthu