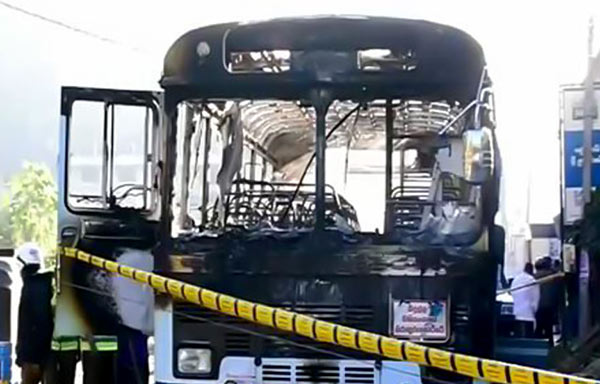 At least 19 persons have been hospitalised with injuries after a passenger transport bus caught fire in the early hours this morning at Kahagolla in Diyatalawa, the Police Spokesman said.

According to reports, the private bus had suddenly caught fire following a minor explosion.

Most of the passengers were army and airforce soldiers who had arrived from Jaffna at the Diyatalawa camp.

The injured passengers have been admitted to the Diyatalawa Hospital.