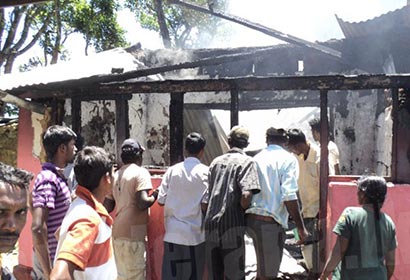 At least twenty two line-houses in the Mocha Estate in the Maskeliya area were completely destroyed following a fire that broke out this morning, police said.

Police said that 103 persons were displaced and they have been temporarily settled in the Mocha Vidyalaya.

The cause of the fire is still under investigation but police suspect that that the fire had broken out due to an electric shortage. No one was injured.