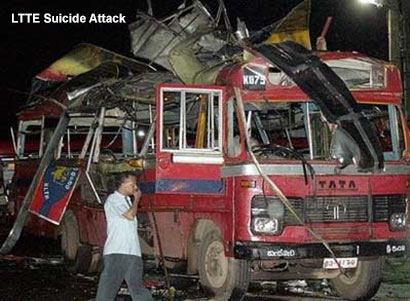 Its been 5 years now and while there’s no shortage of people coming forward to make their predictions on the number of dead during the last stages of Sri Lanka’s war on terror, what they have failed to do is to find a single name for the dead. If they can count them, surely they should be able to name them! The accusations are endless and made with such viciousness using every form of media channel and all we can do is to re-quote US House Foreign Affairs Subcommittee Congressman Eni F H Falemavaega who posed a question to former envoy Robert Blake “why are we picking on a little country like Sri Lanka”, going on to ask why US was ‘focusing only on the last few months of the war and failing to acknowledge…almost 30 years, the Tamil tigers hacked to death innocent men, women and children in Sri Lanka and carried out some 378 suicide attacks more than any other terrorist organization in the world’.

We have absolutely no issues in Gordon Weiss initially quoting 7000 civilian casualties during the last phase but to boost his book sales inflaming numbers and placing 40,000 as dead but changing the figure to 10,000 when challenged but the simple logic should be anyone quoting numbers of the scale that is being quoted must be responsible enough to make accusations aligned to proof and evidence.

The most important thing is the accusations were made immediately following the defeat of the LTTE so there was hardly room for skeletons which means there would have had to be bodies with flesh and we know that the American Association for the Advancement of Science identified ONLY 3 graveyards one of which belonged to the LTTE and showed 960 burials. How in the world could 40000-125,000 dead bodies with flesh be placed one on top of the other without it being caught on the satellite imagery?

The next question is with so many people claiming to be ‘eyewitnesses’ with trendy phones able to take first hand accounts of supposed ‘extra-judicial executions’ and ‘deliberate killings’ why have in 5 years the infamous documentaries winning global awards not produced a single footage of armed troops digging graves and shoving dead bodies inside? It has to take more than a few hours and days to dig graves while gunfire is taking place but how many graves does it take to dig to put 40,000 or 125,000 and why has the satellite images failed to pick up such graves. Another question, that should also be answered is exactly how many bodies with flesh can actually fit into a grave. A standard grave is 2 ½ feet wide and 8 feet in length and 4 feet deep. Exactly how many adult bodies can fit into such a grave and why has no ‘eyewitness’ mobile phone taken any shots of troops digging these graves, placing the dead inside the graves or at least killing the supposed dead?

These are important questions which remain unanswered 5 years on but there are plenty of people ever ready to take the podium and shed crocodile tears about counting the dead and even writing books on the subject.

We have absolutely no issues with anyone quoting numbers of civilian casualties but this is not a game they are playing on who can quote the highest number. Those quoting numbers may not realize the dangerous repercussions of distortions to which they are party to. These lies and distortions are likely to impact a nation of 20million people and the story does not end with the handful of targeted leaders being declared guilty of war crimes. Every decision being taken to target them will impact on every citizen of the nation and this is what should alarm and wake up the people of Sri Lanka. The country’s future is at stake and so too is the future of the people of Sri Lanka.