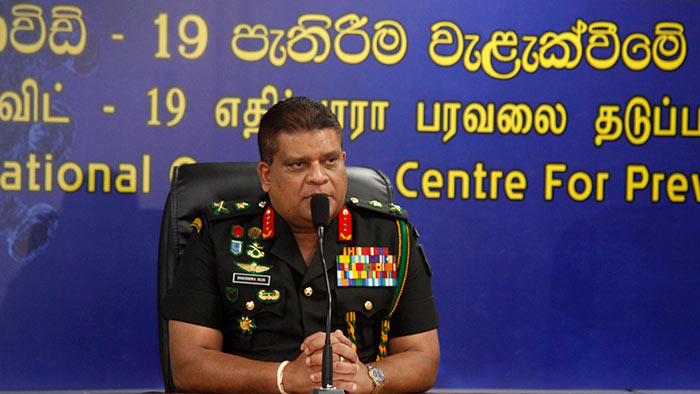 Lieutenant General Shavendra Silva says 53 out of the 63 new coronavirus cases confirmed in the country yesterday, are Navy personnel attached to the Welisara camp.

16 of them were at the Welisara Navy camp while 37 others who were on leave were detected from 13 districts.

Five others who were exposed to the Navy personnel who tested positive previously were also detected yesterday.

Five more persons who were held at the special quarantine facilities also tested positive for COVID-19 during the past 24 hours.

Accordingly, nearly 140 persons attached to the Welisara camp have now been confirmed to have contracted the novel coronavirus.

Meanwhile, another set of PCR tests conducted on samples obtained from persons at the Welisara Navy camp yesterday, are scheduled to be released today.

The Army Commander has ordered all tri-forces personnel to immediately report back to their duty station following the cancellation of leave of all officers.

Lieutenant General Shavendra Silva added that all persons returning to camps will be directed to quarantine for at least 14 days.

The Army Commander also confirmed that 136 persons who arrived in the country yesterday, from Coimbatore, India have been directed to special quarantine facilities.

Commander of the Army Lieutenant General Shavendra Silva also said that schools will be not be used as dedicated quarantine facilities under any circumstance.