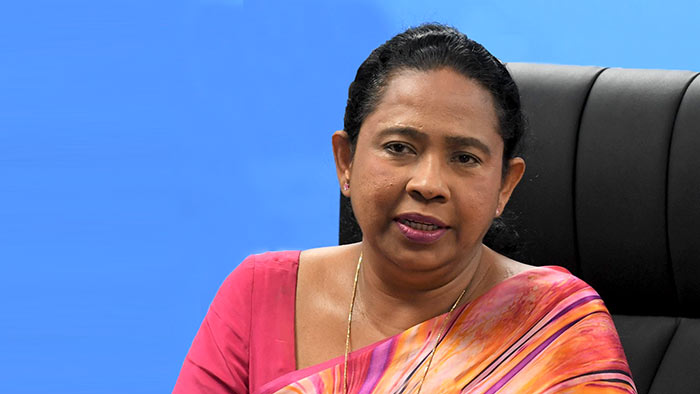 Minister of Health Pavithra Wanniarachchi says six individuals who were administered the Oxford-AstraZeneca COVIShield vaccine in Sri Lanka reportedly developed blood clots, with three of them passing away.

The Health Minister made this revelation in Parliament today in response to a question raised by Leader of the Opposition Sajith Premadasa under Standing Orders.

The Opposition Leader also questioned if the government has commenced tests to study long term complications of the vaccine.

Minister Wanniarachchi said a decision has not been reached to suspend the AstraZeneca vaccine in Sri Lanka, adding that any vaccination could lead to complications.

She noted those who received the first dose will be administered the second dose from the first week of May.

The Minister said according to the Global Advisory Committee on Vaccine Safety of the World Health Organization no direct link has been identified between the vaccine and blood clots and has estimated that such cases are four-six in a million.

She stressed therefore in comparison to complications due to COVID-19, the probability of developing blood clots is negligible.

Meanwhile the Health Minister stressed there is no community spread of COVID-19 in Sri Lanka thus far.

In response to a question raised by the Opposition Leader the Health Minister said infections are being detected as clusters, based on the recommendations issued by the WHO.

She noted community spread is when the origin of the coronavirus infection cannot be identified in a majority of COVID-19 patients recorded from a country or region.

Minister Wanniarachchi added if the origin of the infection can be identified in patients, it is recognized as cluster transmission.

Of the 925,242 vaccines administered in Sri Lanka thus far, the incidence of reportedly related blood clots is 0.0006%.

The incidence of reported deaths from such blood clots is 0.0003%.

The incidence of deaths caused by COVID in Sri Lanka is 0.64% as of today.