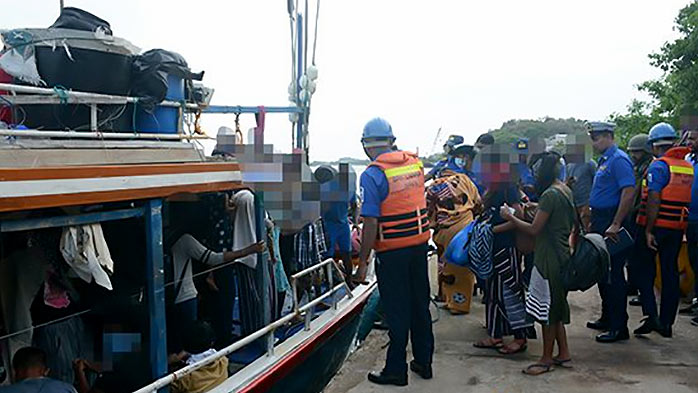 64 Sri Lankans who were suspected to be attempting to illegally migrate from the country via sea routes, have been taken into the Navy custody this morning (June 15) during a special operation by the Sri Lanka Navy in the eastern seas.

Upon being searched, the Navy apprehended 64 persons, believed to be illegal immigrants heading to a foreign country by sea, along with the fishing trawler used for the illegal activity. Among the apprehended individuals were 50 males including 07 persons involved in this racket, 11 females and 03 children, who were from 02 to 55 years of age.

The suspects held in this naval patrol were identified as residents of Trincomalee, Mullaitivu and Jaffna. They will be handed over to the Trincomalee Harbour Police for onward legal proceedings.