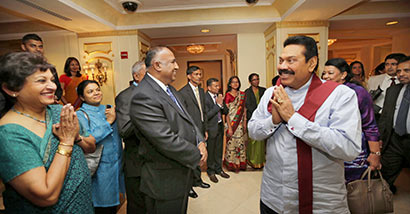 President Mahinda Rajapaksa arrived in New York on 22 September (yesterday) to participate in the 68th United Nations General Assembly (UNGA) Session. He was warmly welcomed by UN Sri Lankan representative Dr. Palitha Kohona, his Deputy Major General Shavendra Silva, Ambassador of Sri Lanka to the United States and Mexico, Jaliya Wickramasuriya and members of the staff of the Permanent Mission of Sri Lanka to the United Nations. Several members of the Sri Lankan community living in New York City were also present to welcome the President and the First Lady.

During this visit the President is also scheduled to meet the UN Secretary General Ban Ki Moon, the Commonwealth Secretary General Kamalesh Sharma and hold bilateral discussions with several Asian and African Heads of State. The President is also scheduled to participate in a political debate on Sustainable Development, during this visit. First Lady Shiranthi Rajapaksa, Ministers Prof. G.L Peiris, Nimal Siripala De Silva, Dallas Alahapperuma, Monitoring MP Sajin Vass Gunawardena, Secretary to the President Lalith Weerathunga and senior officials of the Ministry of External Affairs also joined the President in this visit. 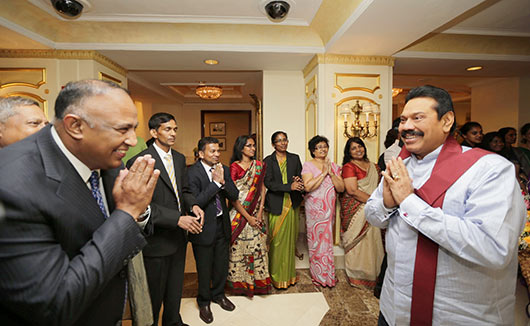 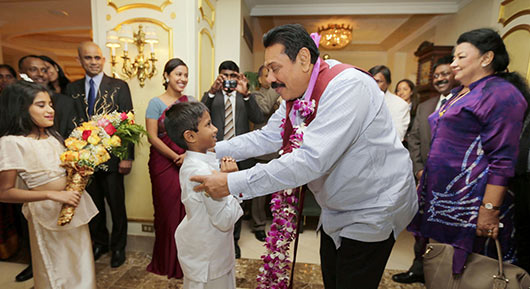