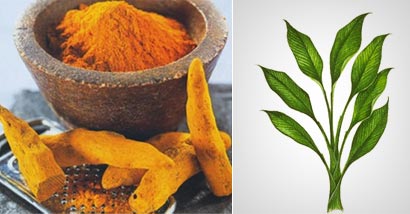 A chemical found in turmeric an essential ingredient in curry Sri Lankans daily eat is to be tested for its ability to kill bowel cancer tumours in patients.

Curcumin, which is found in the spice turmeric, has been linked to a range of health benefits.

Studies have already shown that it can beat cancer cells grown in a laboratory and benefits have been suggested in stroke and dementia patients as well.

A report from London said, “Now a trial at hospitals in Leicester will investigate giving curcumin alongside chemotherapy drugs.

About 40,000 people are diagnosed with bowel cancer in the UK each year.

If the disease spreads around the body, patients are normally given a combination of three chemotherapy drugs, but about half will not respond.

Forty patients at Leicester Royal Infirmary and Leicester General Hospital will take part in the trial, which will compare the effects of giving curcumin pills seven days before starting standard chemotherapy treatment.

William Steward, who is leading the study, said animal tests combining the two were “100 times better” than either on their own and that had been the “major justification for cracking on” with the trial.

“Once bowel cancer has spread it is very difficult to treat, partly because the side effects of chemotherapy can limit how long patients can have treatment,” the BBC quoted him as saying.

“The prospect that curcumin might increase the sensitivity of cancer cells to chemotherapy is exciting because it could mean giving lower doses, so patients have fewer side effects and can keep having treatment for longer.

“This research is at a very early stage, but investigating the potential of plant chemicals to treat cancer is an intriguing area that we hope could provide clues to developing new drugs in the future,” he added.”